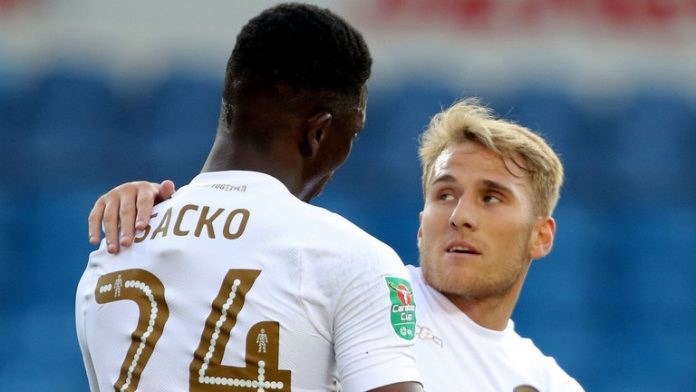 David Prutton believes Leeds United’s 1-0 defeat at Millwall in the Championship last weekend may have been a blessing in disguise.

Leeds bounced back on Tuesday to knock Burnley out of the Carabao Cup and they are strongly fancied to beat Ipswich Town on their return to league action on Saturday.

Prutton told Sky Sports that he thinks the league leaders will be too strong for Mick McCarthy’s side this weekend.

“In a strange way Leeds losing last week may not have been too bad for them in the long run,” he said.

“I fancied them to win at Millwall but a defeat may have taken the pressure off a little bit.

“They made a lot of changes in the week against Burnley but still got a good result, so there won’t be an end to the feel-good factor at Elland Road and they’ll have too much for Ipswich on Saturday.”

Leeds are priced at 4/6 to beat Ipswich, while Prutton’s 2-0 scoreline prediction can be backed at 6/1.

Samu Saiz has been in impressive form since signing for the club and is on offer at 15/8 to score at any time during the game.

Leeds are currently third favourites at 7/1 behind Wolves and Middlesbrough to win the Championship, but those odds are likely to be cut if Thomas Christiansen’s team can see off Ipswich.