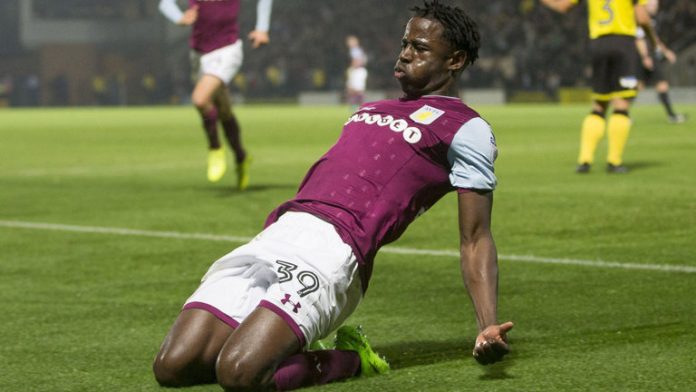 Championship pundit David Prutton is backing Aston Villa to continue their march up the table with a victory over Bolton Wanderers on Saturday.

After an indifferent start to the season Villa have won three in a row to move up to eighth in the standings.

Bolton are rooted to the foot of the table with just two points from ten games and Prutton told Sky Sports he fancies Villa to record a 3-0 success.

“This could be a messy one,” he said.

“Bolton are having a bit of a nightmare, it’s too early to say they’re doomed but it’s never a good sign when you can’t score and can’t stop conceding.

“They’re also meeting Aston Villa on an upswing – it’s amazing how quickly things can change, and I think they’ll put a few past Phil Parkinson’s side.”

Keinan Davis scored Villa’s opening goal in Tuesday’s 4-0 rout at Burton Albion and he is 9/2 to repeat the feat against Bolton.

Jonathan Kodjia has played well since returning from injury, although he is yet get off the mark for the season. The Ivory Coast striker will fancy his chances against Bolton’s defence and can be backed at 9/2 to score two or more goals this weekend.

Prutton’s 3-0 prediction is available at around 8/1, while a repeat of Tuesday’s scoreline is on offer at 14/1. If you fancy Villa to have an off-day, Bolton are 20/1 to record a shock 1-0 victory.