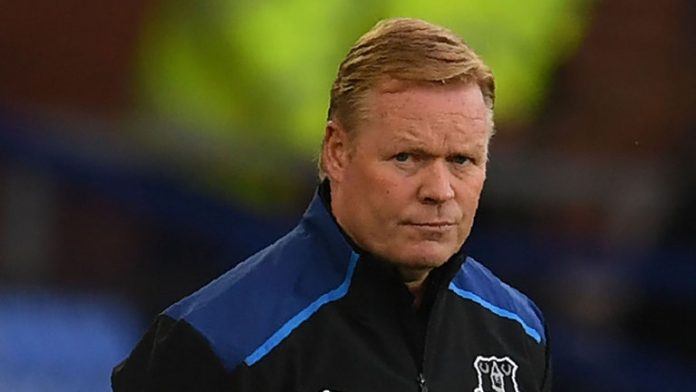 Sunday’s 4-0 reverse at Manchester United was their fourth defeat in a row and saw the club drop into the Premier League’s bottom three.

Koeman is as low as 15/8 to be the next Premier League manager to leave his post and he desperately needs his team to find some form over the coming weeks.

“When you look at the fixtures at the start of the season, we knew we wouldn’t win them all,” Koeman told the BBC.

“We have played Manchester City, United and Chelsea away, plus Tottenham at home. Four title contenders, with the Europa League in between.

“Now we have four games at home in different competitions and we need to win. If you don’t win it is better to stop.

“Every manager in life has doubts. If you don’t win and you have a big number of players in your squad, you have doubts about how you need to start and the system to play. That is normal.

“I ask myself the question why, why?”

Everton host Sunderland in the Carabao Cup on Wednesday, before welcoming Bournemouth in the Premier League next Saturday.

The Toffees then face Apollon Limassol in the Europa League the following Thursday, with a visit by Burnley in the league on October 1 completing a crucial run of fixtures.