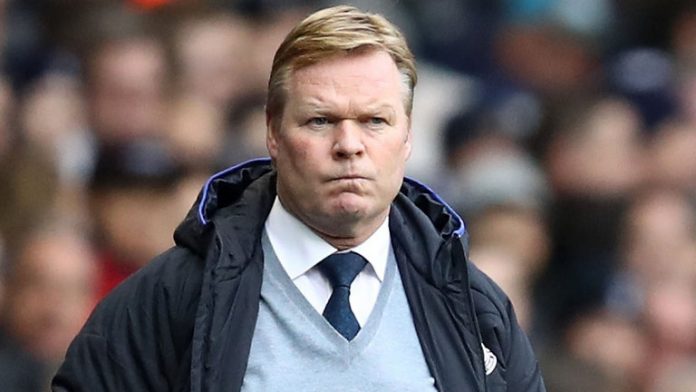 Everton’s 3-0 victory over Sunderland in the Carabao Cup on Wednesday has done little to ease the pressure on manager Ronald Koeman.

The Dutchman had been heavily backed to be the next Premier League boss to leave his post and he is currently 5/2 second favourite behind West Ham’s Slaven Bilic to exit his role.

Dominic Calvert-Lewin (2) and Oumar Niasse helped the Toffees see off the Championship side as Everton ended a run of four successive defeats without scoring in all competitions.

“If we can rest some players for the weekend even against a Championship club we know every game in every competition can be a difficult one.

“We worked hard, the boys did well and we scored three goals It was a good game. maybe we had chances to score more goals.

“Everybody knows we’re in a difficult moment and scoring goals and winning games is the best medicine to get our confidence back. Let’s hope it is a boost for the coming Saturday.

“We knew they would drop back and defend in a small space. I think we didn’t bring enough tempo in the game and we were too slow from the back and it was difficult. It’s all about going through to the next round.”

Everton, who will travel to face Chelsea in the fourth round, still face an important run of games over the next couple of weeks.

They are at home to Bournemouth in the Premier League on Saturday, before hosting Apollon Limassol in the Europa League on Thursday.

Burnley are the visitors to Goodison Park in the league the following Sunday, and Koeman remains under pressure to build on last night’s result with three more victories.