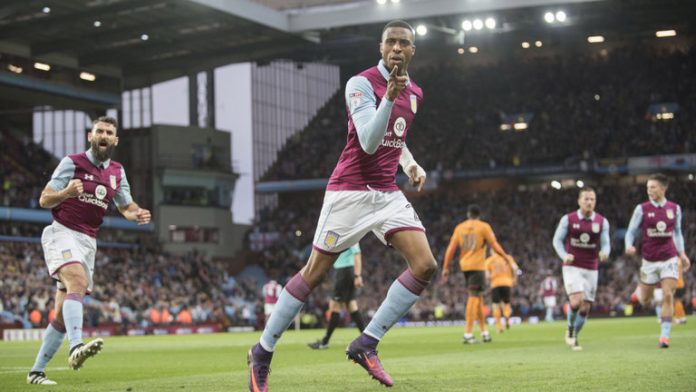 Villa have won just one of their first seven games in the Championship this term and face a difficult trip to Barnsley on Saturday.

Kodjia is 13/8 to score at any time against the Tykes and Higginbotham believes the Ivory Coast striker will make a big impact on Steve Bruce’s team after returning from injury.

“There’s no doubt that Villa have got a very good squad but it looks like their main problem is scoring goals, which is a little bit of a surprise considering the power they’ve got in attacking positions,” he told Sky Sports.

“Robert Snodgrass is a very talented player and his delivery from set-pieces and open play should be key. Jonathan Kodjia will also make a difference now he’s back from injury.

“They’ve got a wealth of ability going forward, but also a lot of players to accommodate. In an ideal world, Bruce would like to have his perfect team, but the Championship is an unforgiving league and he’ll need everyone over the course of the season.

“When Bruce first came to the club he did the things he wanted to do and I thought he was a perfect match. For whatever reason, it’s not quite worked out so far, but there’s been a big overhaul of players at the club and it may still take awhile.

“We’ve seen teams have poor starts in the Championship before and then go on runs and get themselves up the table, so there’s no reason they can’t still get promoted.

“One thing I would say is that it doesn’t look like anyone is going to run away with it and there will be teams taking points off each other. But they need to get it together soon, like all the clubs down there.

“Every game they play they’re expected to win and that brings huge pressure, but if they do manage to click then they’re more than a match for anybody in that league.”

Kodjia scored 19 goals for Villa last season before breaking his ankle back in April.

The 27-year-old made his return on Tuesday as a second-half substitute against Middlesbrough and Villa will hope he can start firing in the goals and relieve the growing pressure on Bruce.

Villa were amongst the early favourites to win the Championship, but can now be backed at 25/1 to claim the title.