Before I get all excited about the great weekend matches in MLS, I have to take a moment to review the CONCACAF Champions Cup semi final first leg, played on the first and second of the month. 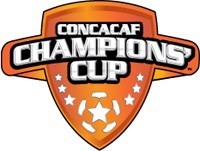 First, in Mexico, defending champions Pachuca dismissed their American visitors, DC United, 2-0. The high altitude took its toll on DC, and after a goalless first half, Luis Montes took advantage of Zach Wells’ poor positioning to drive home a near post shot from outside the eighteen yard box, past the outstretched DC goalkeeper.

Montes doubled his tally when Pachuca got a free kick on the edge of the box that should probably have been a penalty. Nevertheless, the Mexicans took advantage. Montes timed his run perfectly to get on the end of the Christian Giménez service, unmarked, and put the free header into the back of the net from six yards out.

In the other Champions Cup contest, played at Robertson Stadium in Houston, the Dynamo and Deportivo Saprissa of Costa Rica played to a goalless draw. Houston should be disappointed with the result, not only because now they face the daunting task of beating Saprissa in their own stadium — in the quarter finals, Atlante lost there 3-0 after winning the first leg 2-1 — but because they really should have put away their chances.

Dwayne de Rosario and Franco Caraccio missed opportunities for Houston that I’m sure they would have put away given a second chance. Well, maybe not Caraccio, because he missed his second (and third) chance. All things considered, well done to Saprissa, but Houston will be lucky to be in contention for the cup after the next leg. 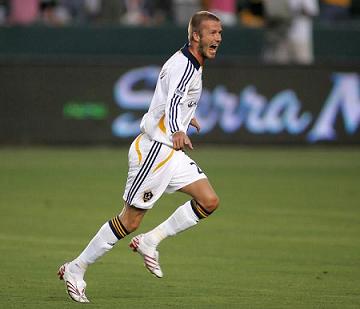 Moving on to MLS, a re-match of the first round of the playoffs kicked off the week’s matches. However, after Jeff Larentowicz of New England was sent off, Chicago put three goals past them, added to the one before the sending off, making it no contest.

There were two derby matches last weekend, first with the Los Angeles Galaxy bouncing back from their horrendous 4-0 opening loss to Colorado to defeat Bay Area rivals San Jose 2-0 in the first installment of their second round of derby matches. David Beckham scored his first MLS goal of the season with a good finish off of a Landon Donovan through ball.

The Texas derby, Houston v FC Dallas, ended in a 3-3 draw. This exciting match went back and forth in the scoring, with Caraccio finally on target for Houston, then Kenny Cooper lobbing Tony Caig to bring FC Dallas level. Cooper made it two on the day and gave FC Dallas the lead just before half time, but Brian Ching brought Houston back just over ten minutes into the second half. Dallas took the lead again just seconds later through Arturo Alvarez, but just when it seemed the match couldn’t get any more exciting, Geoff Cameron scored less than a minute into injury time to seal the draw and stun FC Dallas, who had the lead twice in the match. This was a derby to remember, on par with some recent classics in the EPL and other European leagues.

All other results were as expected, with Kansas City, New York, DC, and Chivas all winning their matches against weaker opponents. However, the big teams need to keep their focus, because the nature of the MLS is that teams will peak towards the end of the season, with the playoffs in mind.

This week in North America, the final two teams that advance to the last ever CONCACAF Champions Cup final will become known (a new format and tournament will be introduced next year). The return leg looks grim for both American sides. 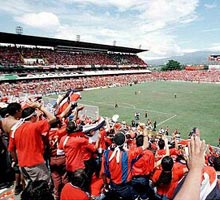 Houston will have to win at Estadio Saprissa, which is a very difficult thing to do. CF Atlante found it impossible, even coming in with a goal advantage after their quarter final first leg. That match ended 3-0 to the home side. Saprissa have qualified for the Champions Cup four times in the new millennium, reaching the final twice. In that span, they have not lost a single match at home, even when they failed to advance.

DC’s position is just as bad. They will be at home, but coming back from two goals down will not be easy against the defending SuperLiga and Champions Cup winners. RFK Stadium was very good to them in the quarter finals against Harbour View, winning 5-0, but Pachuca is a much stronger side, and will not be fazed by a trip to the American capital.

With both Champions Cup matches kicking off Wednesday, the MLS midweek schedule is blank except for one match, also kicking off on Wednesday. The New England Revolution continue their Midwest road trip, stopping in Kansas City to face the Wizards. The Wiz are coming off a strong 3-2 victory over Colorado last weekend, but New England is a formidable opponent. After a 4-0 drubbing at the hands of the Chicago Fire, the Revs will look to continue their good recent form against KC, against whom they won two out of three matches last season.

Enjoy the midweek helping of North American soccer. I’ll be back to preview the weekend matches after the midweek matches are over.