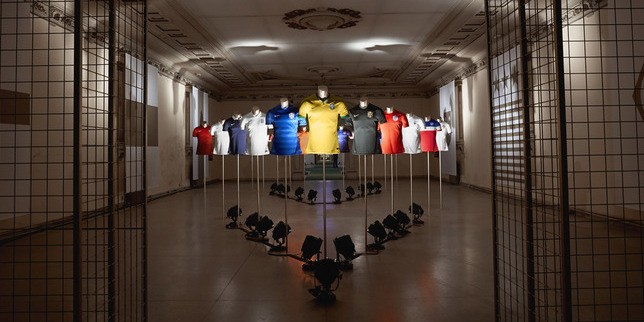 With the festivities in South America only 22 days away, World Cup fever is starting to take hold, and with national team squads beginning final training, stadiums undergoing last-minute preparations, and many lucky fans starting to pack their bags for a trip of a lifetime, Nike have added to the mixing pot by releasing a set of photographs showing a whole host of shirts and boots in epic, floodlit surroundings. 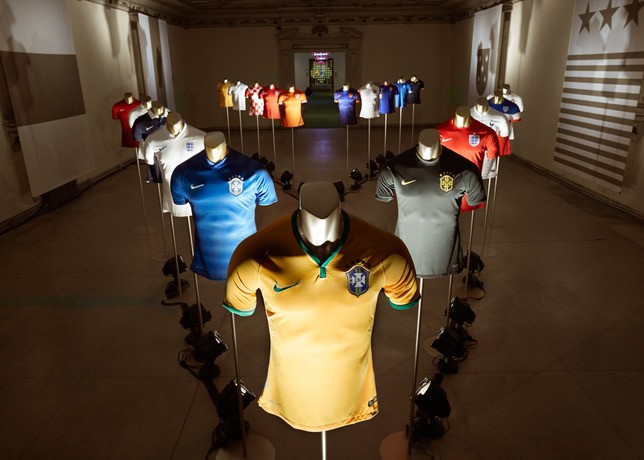 Shot in what looks like a top secret, yet decidedly plush, underground bunker, the eye-catching photographs include the England, Holland, France, Brazil, and Portugal national team shirts, with displays of boots and balls that verge on modern art.

For the latest World Cup shirts, head on over to the Soccerlens Shop.

Check out the stunning images below, with a decidedly patriotic manikin added to add just little bit of extra passion to the ensemble:

What do you think? Which is your favourite Nike kit here? Get involved in the comments below…