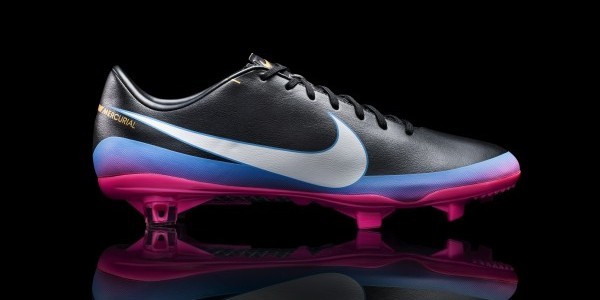 The Mercurial Vapor VIII CR combines innovation and style with a track spike-inspired fir for explosive speed on pitch.

The new design takes its colors from Cristiano Ronaldo’s new signature clothing collection, blending black with a twist of blue and pink to stand out on the pitch.

The Mercurial Vapor VIII CR is constructed to mirror the shape of the foot to prevent and unnecessary foot movement within the boot while maximizing comfort and fit. A thinner and stronger construction has reduced the weight of the boot to just 185 grams.

The Mercurial Vapor VIII CR will be available at retail stores from December 1st, 2012.