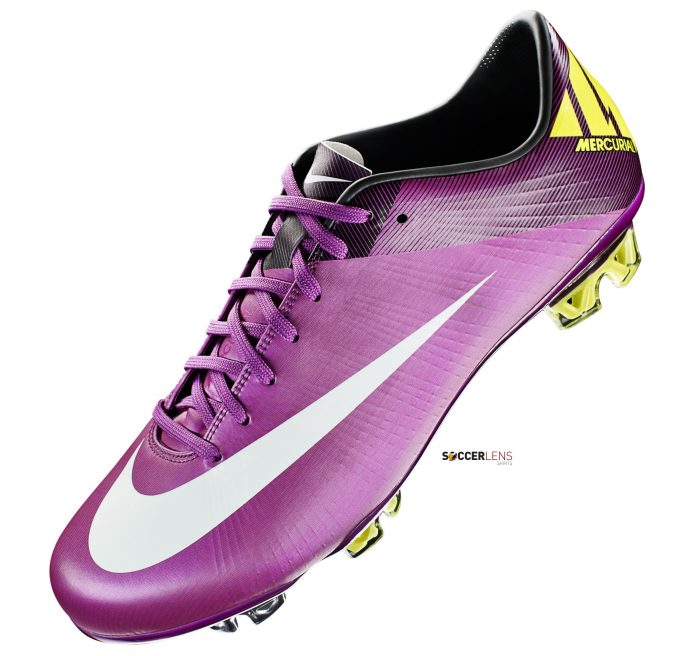 The Mercurial was originally worn by the big Ronaldo at France ’98 and from day one, it has been aimed at fast, tricky wingers and strikers who rely on acceleration and speed to impose themselves on the game.

With Superfly III, the case is the same again but this time, there is an added dimension to the boot that came out of the realization that these Mercurial players are the kind that teams need to get the ball to – Franck Ribery, for example.

So this year, Nike have used a visual device wrapped around the heel of the boot designed to improve the player’s visibility on the pitch. The idea was supported by Frank Lampard when he was asked after a game once how he had picked out Didier Drogba for a goal and he said:

“I saw a flash of his bright boots.” 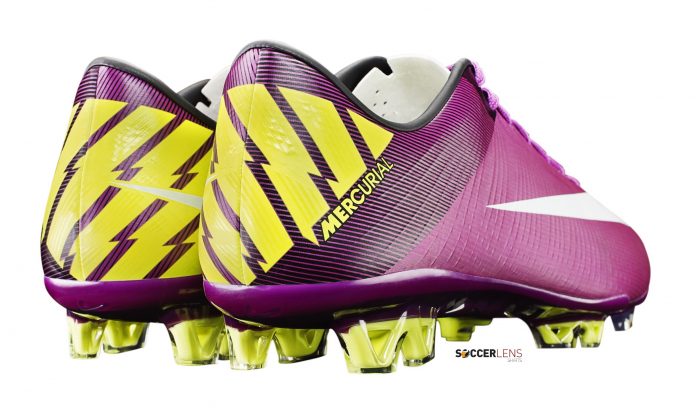 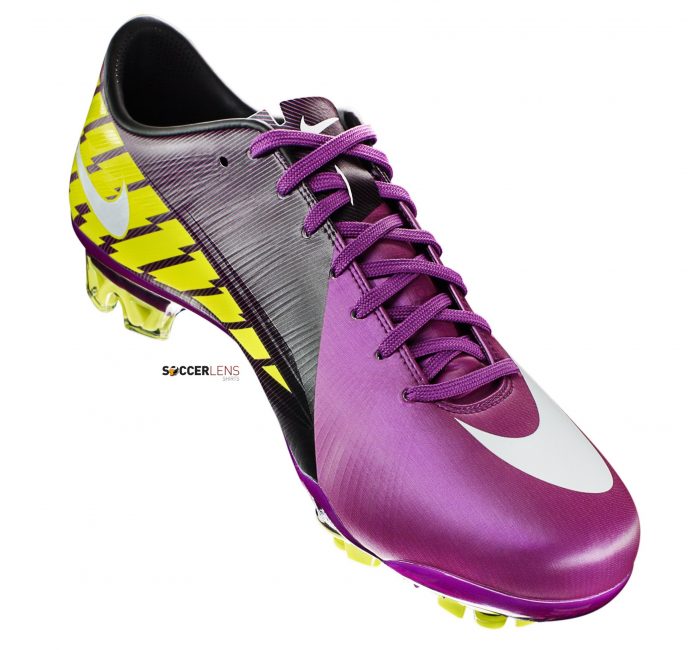 That’s what the new visual feature is all about and that’s why Nike are running the line Be Fast, Be Seen to support the boot.

But that’s not it. The list of features of this boot goes on! 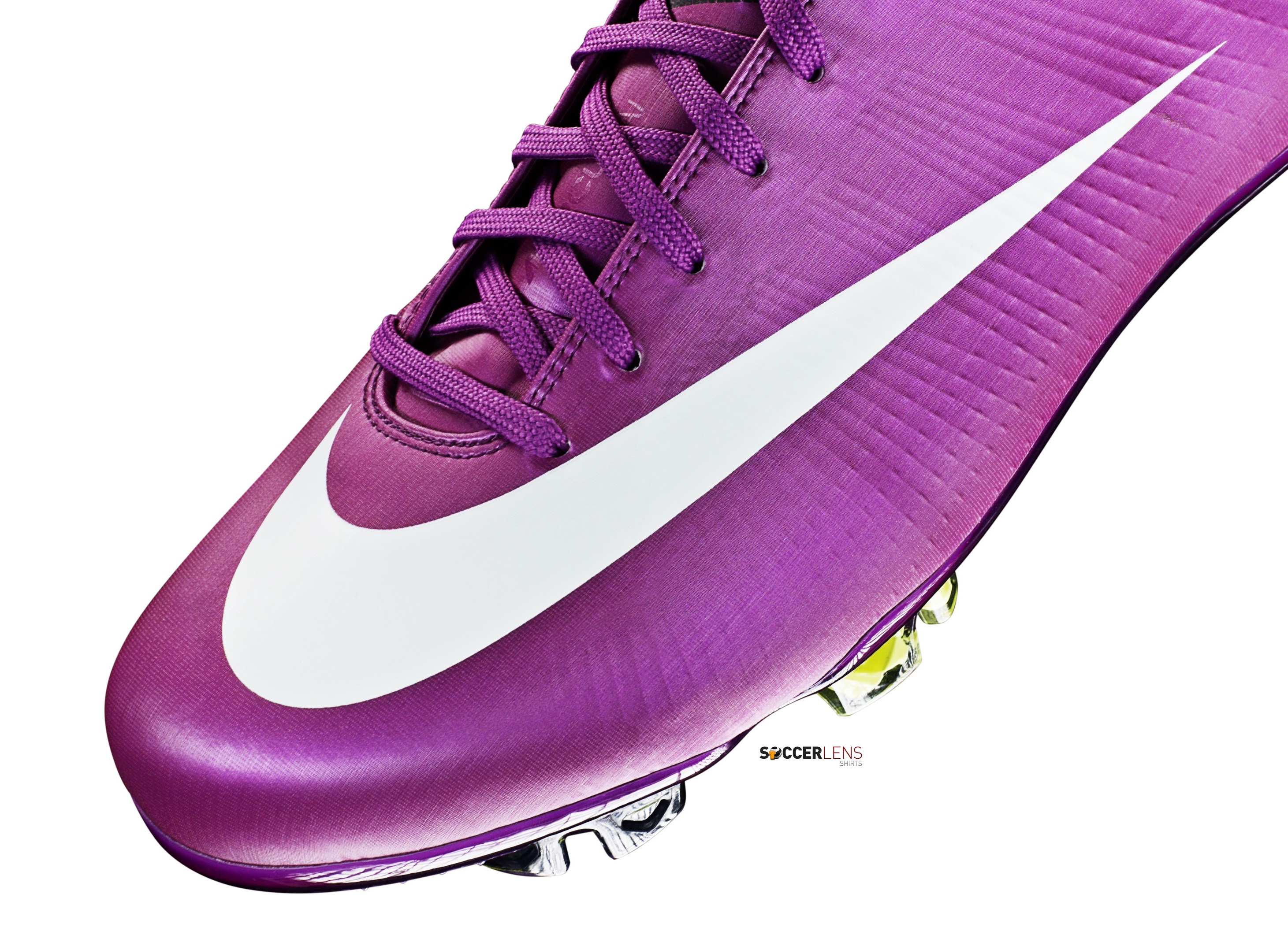 The sole of the boot consists of carbon fiber chassis engineered for maximum energy, strength and lightweight and the toe-off traction pattern enhances first step acceleration. 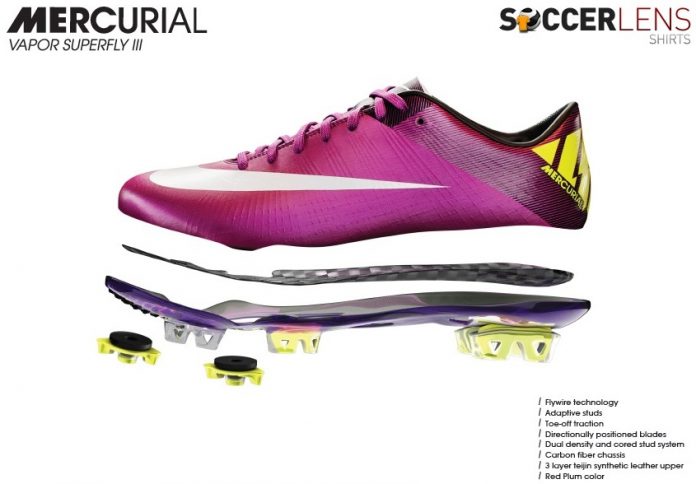 Now this is where it gets really interesting. 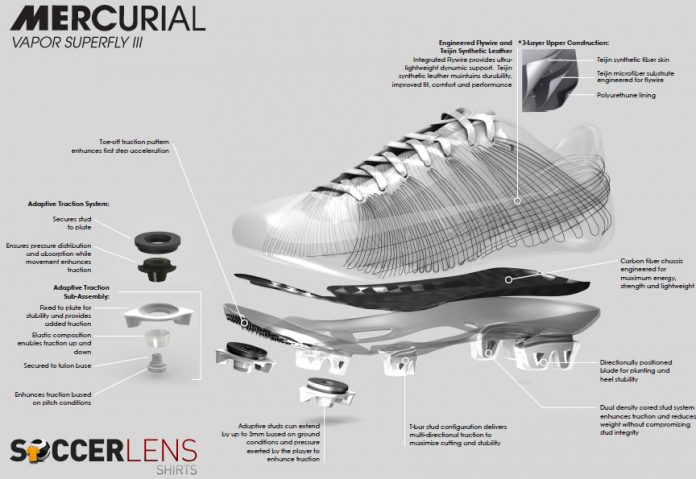 Who will be wearing it?

So far, it is confirmed that Cristiano Ronaldo and Mesut Ozil will endorse this boot but a complete list of the players who will be wearing this boot will be unveiled.

Superfly III will make its debut on 19th March, 2011 in the Madrid derby when CR7 and Ozil will step out in the Vicente Calderon Stadium. The Superfly III is available for pre-order now and the official launch date is 1st of April, 2011. You can follow us on Twitter or Facebook to make sure you get the latest updates on the new Nike Mercurial Superfly III.