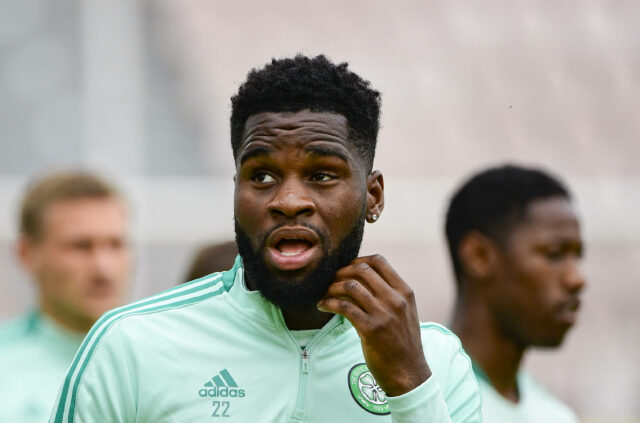 French club Nice are lining up a bid to sign Odsonne Edouard from Celtic this summer, according to Football Insider.

The 23-year-old has only a year left on his contract at Parkhead, and he is in no mood to extend his deal at the club.

However, the French striker is also not agitating a move, which puts Celtic in an interesting situation.

Several Premier League clubs including Brighton & Hove Albion are reportedly keen to secure his services, but Celtic’s valuation is a stumbling block.

The report claims that Nice are showing keen interest in the striker and are ready to make a formal move in the next few days.

It will be interesting to see if it sparks a reaction from Brighton. They have already held talks with Edouard.

Nice are now willing to bring him back to his homeland this summer.

Edouard was the only consistent performer for the Bhoys last season, netting 22 times in 40 appearances across all competitions.

Celtic are expected to demand around £20 million due to his contract situation, but it is increasingly likely that they will have to accept a lower fee.

The club have tried their best to persuade him to extend his contract, but he has knocked them back.

Read: Tottenham Hotspur are ready to make a move for Pau Torres.