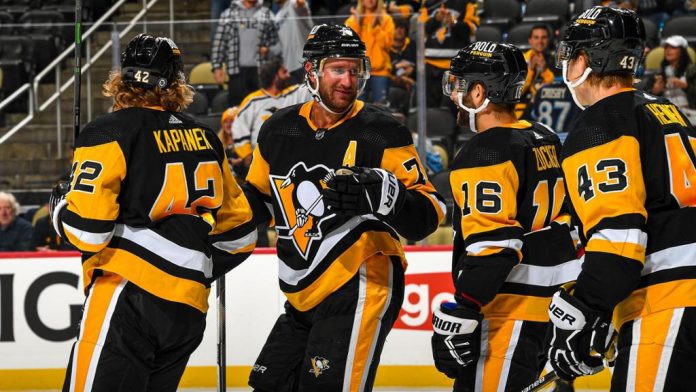 With an abundance of fixtures happening across the NHL this evening, our experts have been busy putting together a guide to tonight’s match-ups along with some of their own carefully selected picks.

RELATED: How to Watch NHL Streams Live For Every Game Tonight

The Hurricanes welcome New York Islanders to North Carolina, and can leapfrog the Flyers to sit atop of the Metropolitan Division come the close of play tonight.

Carolina have been one of the best defensive sides in the NHL this term, and have moved up in the Stanley Cup outright markets to +1000 on NHL betting sites.

New York’s relatively low chances of winning this are also further compounded by the fact that they scored 12 of their total goals in those two contests with the Sharks and Ducks,  while registering 10 across their other five games.

The hosts are allowing the third-fewest shots per game (25.8) and the second-fewest high-danger chances per 60 (9.38).

With this in mind, our expert pick sees the Islanders to register under 2.5 points at -120.

The Penguins travel to Vancouver in search of a fifth win after eight games, and will be vying to bounce back from consecutive defeats agains the Oilers and Flames.

Luckily for them, they face the Canucks who have registered just one win all season losing five and and two in overtime.

It is interesting to note that when playing games without a gap in between they won just three in 16 times of asking last season.

Although Pittsburgh have fared badly in Canada in recent games, it would be a monumental upset if they were to lose this.