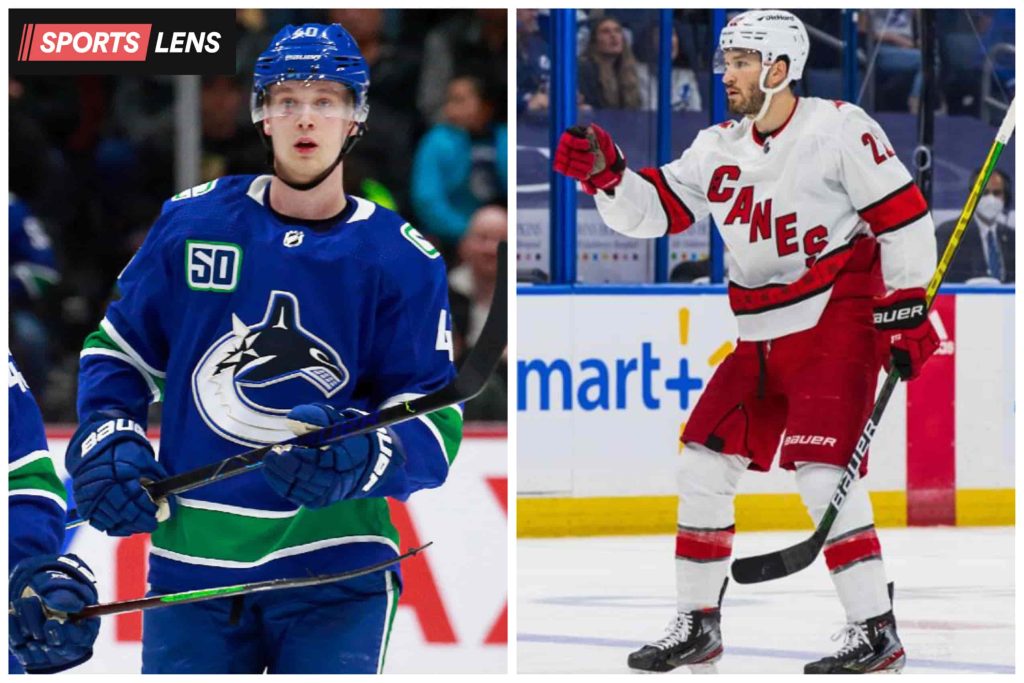 NHL action on Wednesday features four games for fans and keen bettors to savour, and our ice hockey experts are one hand to provide Sportslens readers with three carefully selected picks for tonight.

Wednesday night begins with a 7pm EST face-off between Florida Panthers and Carolina Hurricanes, where the latter can move into the Met Division top two with a win.

Half an hour later, two games at 7:30pm see the Capitals and the Penguins go toe-to-toe while an all-Canadian battle between Canucks and Canadiens ushers in the final game; a 10pm match-up between Anaheim and Minnesota.

Below are our top three picks courtesy of BetOnline, one of our favourite sportsbooks with which to wager for the NHL.

First up for our NHL picks tonight, we are expecting a cagey fixture between two relatively underwhelming teams.

The Penguins have slumped to seven consecutive defeats since the end of October, which has seen them slip all the way down to second-bottom in the Metropolitan Division.

However, with two games in hand, another two victories would see them move level with tonight’s opponents Washington, who put an end to a four game losing streak with a hard-fought 5-4 victory over the Oilers yesterday.

For this one however, we are not expecting the goal spread to be hit; in six of the last seven Capitals games there have been under six goals, while the Penguins have repeated that feat in four of their last six.

Next we head to Canada for an-all Great White North duel between Montreal and Vancouver.

The former are favourites heading into tonight’s game and rightly so given they have been one of the most potent offensive sides in the Pacific Division.

Although Vancouver hold a slightly more favourable record this far having gone 6-6-1, they have only won one of their previous four while the Canucks have claimed impressive, high-scoring wins over the Penguins, Ducks and Senators since the turn of the month.

Last on our bet slip, we are expecting a fruitful night in front of goal for the Hurricanes and the Panthers.

Carolina can move into the top two of the Met Division with a win here, and they have won five of their last seven so are understandably favourites for this face-off.

Of those seven games, this goal spread has been hit on four occasions, while the Panthers have repeated the same feat in five of their previous six.