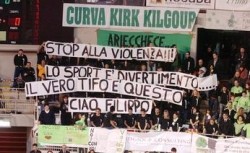 This Sunday, Tom Brady begins his quest for an unparalleled eighth career Super Bowl win when his Tampa Bay Buccaneers take on the team that lifted the Lombardi at his expense back at SuperBowl LII, the Philadelphia Eagles, and, as always, our expert is on hand with a slate of NFL Playoff Picks for the game. Plus, if you’re thinking of betting on another ‘Phillie Special,” why not do it with a $1,000 deposit bonus available at BetOnline (details at the foot of the page).

Click here to get a $1,000 deposit bonus at BetOnline when you sign up to bet on the NFL Playoff clash between the Bucs and the Eagles

NFC South Division winners, the Tampa Bay Buccaneers face off against the second-best team in the NFC East, the Philadelphia Eagles to kick off Sunday’s slate of Wildcard Weekend action.

For the latest odds as broadcast at BetOnline, a complete game preview, the latest team news, and our football expert’s NFL Playoff Picks for the game, read on:

Below are the latest odds for Tampa Bay Buccanneers vs Philadelphia Eagles as seen on BetOnline on Thursday, January 13.

Our betting picks are highlighted in bold but do be aware that the odds are subject to change pending updated injury news etc. ahead of the opening punt.

Click here to bet our Bucs vs Eagles Picks at BetOnline

Tampa Bay (13-4) bested my New Orleans Saints to finish top of the NFC South, and few can have any complaints about it.

Besides that one stutter vs the Saints and the Football Team midway through the season, the Bucs went 7-1 to close out the year in style. Cynics will say that these wins came mostly against sides with losing records (Panthers x2, Giants, Jets, Falcons), but the 33-27 win against the Bills in November proves that the defending Super Bowl champs are, once again, the real deal heading into Wildcard weekend.

Offensively, the Bucs have a number of issues heading into the Eagles game on Sunday: since Leonard Fournette went down injured vs Saints, the run game has been a non-event, and it would be great news for all Tampa fans to see RB2 Ronald Jones declared fit to play…

But, the run game is only a small part of what the Bucs were doing well during the early goings of the 2021-22 season. The real keys to Bruce Arians side’s success were the continued excellence of the GOAT, Tom Brady, who had himself an MVP-caliber year, throwing for 5,316-yards and 43 TDs, the offensive line ahead of No.12, and, despite all the injuries to the secondary, the continued excellence of the pass rush and tackling prowess of the linebackers, particularly Devin White who finished the year with 128 tackles.

With the likes of Brady and White dominant for the Bucs on both sides of the ball, not to mention the continued production of receiving corps: WRs Chris Godwin & Mike Evans, and TE Rob Gronkowski, who combined for 25 TDs and approximately 3,000 yards, the Bucs finished the regular season as the NFL’s No.1 ranked passing offense (307.6-YPG) and the No.3 ranked rush defense (92.5-YAPG).

To beat the Buccaneers, the Eagles are going to have to throw the football. But, if you cast your mind back to the Week-6 meeting between these two teams, that didn’t go so well:

Sophomore QB Jalen Hurts endured one of his worst afternoons since replacing Carson Wentz as a starter, going 12-26, for 115-Yards, for 1 TD, and 1 interception. And that was whilst the Buccaneers were missing most of their championship-winning secondary. In his defense, Hurts did run in two TDs in that game. But, with the likes of Sean Murphy-Bunting and Antonie Winfield Jr. now back fit and firing, Phillie’s No.1 needs to up it in the passing game.

Plus, one can’t help but wonder how many more yards & scores rookie WR Devonta Smith (916-yards; 6 TDs) would have amassed this year had Hurts not gone 3,144-yards, 16 TDs, and nine picks when throwing the ball.

The Eagles D recovered well from the blow of losing Brandon Graham early doors to post upper-tier metrics against the pass, rush, and for points against. With the likes of Javon Hargrave and Josh Sweat (both 7.5 sacks) producing well in Graham’s absence, the Phillie D and will fancy its chances against a Bucs team that will be without Antonio Brown, who bizarrely exited the game vs Jets of his own accord and ran off into the sunset last weekend, the aforementioned Leonard Fournette, Chris Godwin, and -possibly- Brady’s top target, Mike Evans.

But, from a betting perspective, we’re just not sure if Nick Sirianni’s offense has enough big plays in it to get the job done against a Bucs team that, despite the injuries to key offensive talents, has been on a roll of late.

Besides the likes of Godwin and Fournette who are on IR and will most certainly miss out, the Buccanneers have a host of other injury concerns heading into the weekend:

On offense, Mike Evans (hamstring) and his deputy, Brashed Perriman (hip), are doubts. So too is WR3 Cyril Grayson, which could leave Brady short of options under the high ball. Ahead of them, C Ryan Jensen is also questionable to feature – a huge loss should he fail to take the turf.

LBs Shaquil Barrett and Jason Pierre-Paul are nursing slight knocks, whilst CB Sean Murphy-Bunting is the other doubt for Bruce Arians’ title-winning defense.

Things are looking much better for the Eagles where injuries are concerned: DE Josh Sweat (7.5 sacks) is questionable with an as-yet-unspecified injury for the defense. While on offense, RB Miles Sanders is questionable with a hand injury but almost certain to be ready by 13:00 on gameday.

The only big concern for Nick Sirianni is the offensive line where the like of LG Landon Dickerson, RG Nate Herbig, and RT Lane Johnson are all nursing light injuries.

A lot depends on whether or not the likes of Mike Evans and Ronald Jones are fit to suit up come Sunday for the Bucs. If they are, we’d lean towards O46.0 total points.

It’s probably best to wait until the day of the game before wagering your hard-earned on this one, but the Bucs recent form coupled with the Eagles disastrous, 26-51, loss to the Cowboys last time we saw them in action certainly makes it hard to bet against Bruce Arians’ team, regardless of who is and is not deemed fit.

The Buccaneers retained all of the core players from their championship-winning roster last season; even stand-in WRs like Scott Miller and Tyler Johnson know how to get the job done in the playoffs (both were excellent en route to the 2021 win), and Tampa has the greatest player of all time under center, itching to get his hands on an eighth Lombardi Trophy.

The moneyline odds offer little value anywhere, so we’ll be taking the Bucs on the spread at -9 at BetOnline.

By signing up at BetOnline ahead of Eagles at Bucs in the NFL Playoffs this Sunday, newcomers to the sportsbook can claim up to $1,000 in NFL free bets.

There are many more great offers available at the sportsbook too, the majority of which can be viewed by clicking on the following link: BetOnline promo codes.