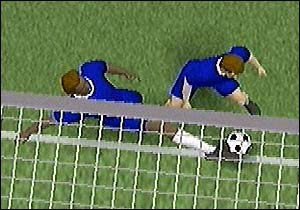 Our football betting expert presents NFL Picks for the pivotal All-NFC encounter between New Orleans Saints and Dallas Cowboys on this week’s edition of Thursday Night Football. Plus, find out how you can claim up to a $2,500 deposit bonus at the BetUS sportsbook.

NFL fans can claim a $2,500 deposit bonus signing up to Betus to wager on Thursday Night Football: Saints vs Cowboys

Below are the latest odds available across the main game lines for Saints vs Cowboys as broadcast on BetUS on Tuesday, November 30.

Bet on New Orleans Saints vs Dallas Cowboys at BetUS

New Orleans Saints come into this Thursday night’s game vs Cowboys having lost four successive games against the Falcons, Titans, Eagles, and most recently the Bills on Thanksgiving in a drab 31-6 Thanksgiving performance at the Dome.

Without the likes of QB Jameis Winston, RB pairing Alvin Kamara and Mark Ingram, WR Michael Thomas, OG Ryan Ramczyk, plus a host of other first-team starters through injury of late, Sean Payton’s team has been almost unrecognizable, particularly on offense.

Stand-in QB Trevor Siemian has performed admirably given the circumstances down in the Bayou. The former Bronco started five games, racking up 1,083-yards, nine TDs, just the three interceptions, with a passer accuracy of 57%. Siemian did throw a couple of errant passes at key moments vs Eagles, however. So, with Taysom Hill back to full fitness, Siemian is set to lose his place under center for the visit of the Cowboys, as coach Sean Payton tries to kickstart the Saints’ flailing push towards the playoffs.

After an excellent start to the campaign, things have started to unravel over in Dallas, too. The Cowboys have lost three of their last four games and were most recently bested in a Thanksgiving thriller against the Las Vegas Raiders, 33-36. Injuries to key receivers CeeDee Lamb and Amari Cooper have equated to a drop in form for QB Dak Prescott. The Mississippi State product threw missed a couple of easy layups against the Raiders and was sacked five times and picked off twice vs Chiefs a week before that in the first game this season that he’s failed to register a touchdown pass.

Still, with all the injury problems down in New Orleans, Dallas comes into this game quite rightly as the betting favorite. Even after a midseason slump, the Cowboys still average approximately 20-yards more combined offense than any other team in the NFL (419.8-YPG), and only Patrick Mahomes and Derek Carr over in the AFC West can boast more passing yards per game than Prescott (292.4-YPG).

The Saints offense, on the other hand, has struggled for efficiency. Sean Payton’s team is still one of the most ruthless in the NFL once they get into the Red Zone. But the problem has been getting there at all. The Saints go three and out and too often, especially in the first half of games where their scoring has been all but barren, and coach Payton will be hoping that the return of the cannonball, Taysom Hill, at QB (4-1 filling in for Drew Brees last season) will help to rectify the problem.

With the likes of Demario Davis, Cam Jordan, and Marshon Lattimore doing everything they can on the other side of the ball, the Saints do boast better defense than the Cowboys, averaging some 30-YPG less than Dallas, and Cowboys RBs Ezekiel Elliott and Tony Pollard can expect a tough afternoon up against one fo the stingiest run defenses in the league (91.9-YPG; 3rd in NFL)…

But make no mistake, the Saints face an uphill battle to win this one, especially if Amari Cooper and CeeDee Lamb are deemed fit enough to suit up for Dallas.

As mentioned, the Cowboys are still hoping that arguably the NFL’s best-receiving duo of Amari Cooper (COVID) and CeeDee Lamb (concussion) will be fit to play in New Orleans. Fellow WRs T.J. Vasham and Cedrick Wilson are also injury concerns for coach McCarthy’s team.

Better news on defense at least, with the news that DE Demarcus Lawrence is set to return to form what will be a formidable pairing with this year’s Defensive Rookie of the Year in waiting, Micah Parsons. However, LDT Trysten Hill is suspended for this game.

As for the Saints, besides long-term absentees such as Michael Thomas and Jameis Winston, the boys from the Bayou will also be without rookie LT Landon Young and LG Andrus Peat, while LT Terron Armstead and RT Ryan Ramcyzk are both questionable, meaning the Saints offensive line is nowhere near full strength. RB Alvin Kamara is back after an ankle injury and the thought of No.41 back in action alongside Mark Ingram and Taysom Hill should provide at least some cause for optimism amongst the Who Dat Nation.

On Dennis Allen’s defense, however, there are some real issues, especially at RDE where Marcus Davenport and Tanoh Kpassagnon are huge doubts, and rookie DE3 Payton Turner is on IR. Rookie CB Paulson Adebo is also unlikely to feature for the Saints.

The return of Alvin Kamara and Taysom Hill should propel the Saints towards a much better showing than they put out against the Bills on Thanksgiving. But, we have our concerns over how this beat-up Saints’ offensive line is going to deal with Cowboys pass-rushers Micah Parsons and DeMarcus Lawrence. Expect to see both crossing the game line and creating problems for New Orleans.

There is no contest when you compare the passing attacks available to these two teams – the Cowboys win easily and it’s backed up by the stats: Dallas is one of the highest-scoring teams in the league and ranks 1st in the NFL for passing yards (see preview), and the Saints just aren’t that great under the high ball at the moment.

As such, it’s hard to imagine New Orleans not slipping their fifth successive defeat come Thursday.

Prediction: Dallas get their receivers back and win the game

BetUS is offering a 125% deposit bonus worth up to $2,500 to anyone signing up at the betting site in time for TNF: Saints vs Cowboys.

To claim your 125% deposit welcome bonus and bet for free on Thursday night’s big game, just follow the instructions detailed below:

To find out more about some of the great sportsbook promo codes currently available at US betting sites, click. the link.