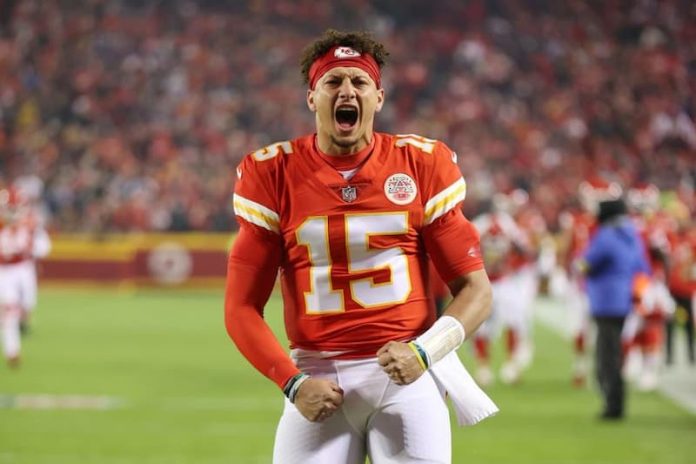 We’re beginning a new weekly feature at Sports Lens, and I’ll be offering NFL picks against the spread for every game on the NFL slate. We’ll post the results in this space each week, and we’ll see how we fare!

NFL Picks Against The Spread For Week 4

We have a good Thursday Night Football game on tap, and the home team is 5-0 ATS in their last 5 meetings. The status of Miami QB Tua Tagovailoa is in question, and the Miami offense has enough trouble finding the end zone with him. Take the Bengals +3.5 points.

The Vikings are a terrible away team, and London is about as far as an away game there is. That being said, I think the Vikings offense has underperformed, and we might see a huge day against a Saints defense allowing nearly 23 points per game. Take Minnesota -3.0 points.

Cleveland is 2-1 and the Falcons will have a difficult time stopping the two-pronged Browns rushing attack of Nick Chubb and Kareem Hunt. The Browns defense will likely get more stops and Cleveland will cover the two-points. Take the Browns -2.0 points.

Dallas is 2-0 this season with QB Cooper Rush at the helm, and the Cowboys face a Washington side that has provided very little reason to back them anywhere, let alone against the Cowboys at AT&T Stadium. Take Dallas -3.0.

The Lions have their two best players listed as questionable, and they face a Seahawks side that doesn’t score the football enough to cover against a healthy Detroit roster. Sadly, the Lions aren’t healthy. Take Seattle +6.0.

Indianapolis is coming off a home upset over the Kansas City Chiefs, facing a Titans defense allowing 145 rushing yards per contest. Hello, Jonathan Taylor and the Colts improve to 2-1-1. Take Indianapolis -3.0.

The Giants took a big hit Monday night when they lost top wideout Sterling Shepherd for at least this contest. The Giants have a tough enough time scoring the football as it is and Shepherd out makes it that much harder against a Bears defense allowing 214 passing yards per game. Take Chicago +3.5.

Philly is one of two unbeaten teams in the NFL, and they are also 2-1-0 ATS. The Jags have looked good over their past two contests, but can they score on the Philadelphia defense? Maybe, but not enough to cover the spread. Take Philadelphia -6.5.

The Pittsburgh defense allows 413 yards of total offense yet surrenders just 22 points per contest. The Jets offense scored 12 points last week at home and faces a Steelers side with a 54-53-2 ATS record as home favorite since 2007. Take Pittsburgh -3.5 -107

Buffalo traipsed out their 2nd and 3rd string defense with a banged up offensive line and nearly beat the Dolphins in Miami. The Ravens offense is better than what Miami produced, and the beat-up Bills won’t be able to outscore Baltimore. Take Ravens +3.5

Chargers QB Justin Herbert is playing through a rib injury, but even then, he and the Chargers offense should outscore what Houston puts on the board. The Chargers defense has faced three very good offenses, and Sunday will be an easier test. Take Chargers -5.0

Arizona has admittedly struggled on both sides of the ball, but is Carolina really 2.5 points better at home? The Cardinals are 1-2 ATS against Kansas City, Las Vegas and Los Angeles Rams and that Arizona offense is going big Sunday against a Carolina defense allowing 19.7 points vs below average offenses. Take Cardinals +2.5

Patriots QB Mac Jones is out and Brian Hoyer is in. Hoyer is capable, but have a difficult time enough scoring the football healthy, and it might be impossible against a Green Bay defense surrendering 15 points per game. Take Green Bay -10.5 -110

The Raiders have lost their three games by a total of 13 points, and they’ve faced far more difficult teams than Denver has. The Raiders need a victory in the tough AFC West, and they will get that win Sunday. Take Las Vegas -2.5

The Bucs have serious injury issues, facing a Kansas City side coming off their first loss of the season. Kansas City has been more than adequate on defense, and the Chiefs offense will outscore the depleted Tampa Bay offense. Take Kansas City -2.5.

San Francisco is the home favorite, but who have they played? Chicago, Seattle and Denver is a far cry from Rams opponents Buffalo, Arizona and Atlanta. Los Angeles has injury issues on defense, but somehow Los Angeles will find a way to win this contest. Take Los Angeles +2.5.

Rams +2.5 -110  With BetOnline
Join our Telegram channel to stay up to date on the latest in marketing