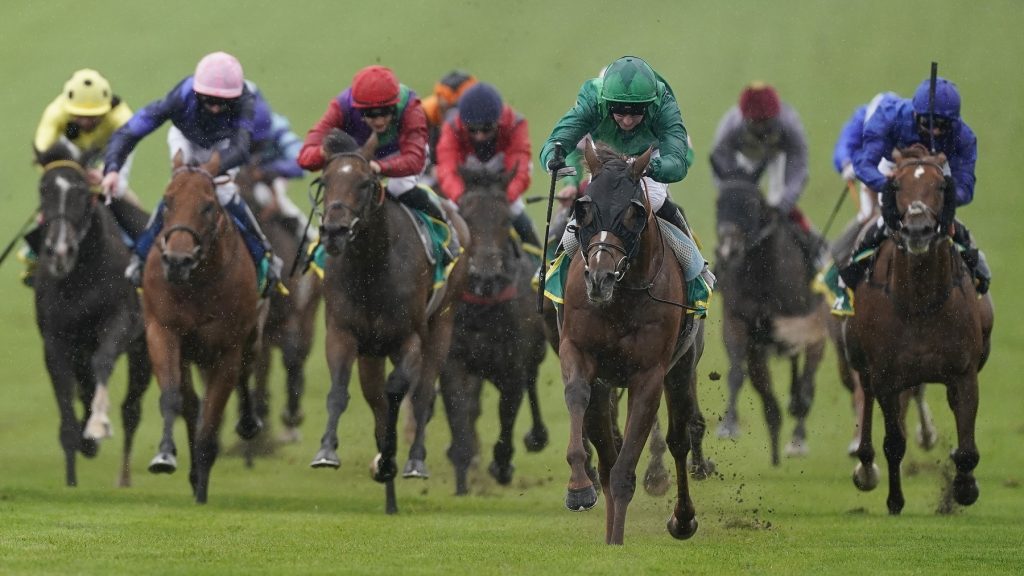 The Cambridgeshire Handicap over 1m 1f is this weekend’s big betting race with a massive field of 35 runners. There is plenty for punters to ponder with this Heritage Handicap on Saturday (3:40).

As the Cambridgeshire Newmarket meeting draws to a close after three days, expect a wave of horses galloping down the Rowley Mile. Only the Grand National has a bigger field than this of any horse race in the UK.

Why Uncle Bryn is a fancy in the Cambridgeshire Handicap betting

John Gosden has trained five winners of this Heritage Handicap in his illustrious career. Now sharing the license with son Thady, this prominent Newmarket stable has two leading contenders for Cambridgeshire Handicap glory. The first of those is Uncle Bryn, a lightly-raced three-year-old gelding with a similar kind of profile to 2019 winner Lord North.

Uncle Bryn has just five previous career starts under his belt. After winning two minor events on the All-Weather last autumn, the Gosdens ran the son of Sea The Stars in a couple of Classic trials this spring. Although Uncle Bryn didn’t build on his two-length third in the Blue Riband at Epsom in the Dante Stakes at York, that wasn’t his true running.

Given a summer break by connections, he made a winning handicap debut at Ascot off 99 earlier this month. Uncle Bryn was always doing enough for a three-quarters of a length victory in Berkshire. The re-opposing fifth, Ropey Guest, has won since at Yarmouth, so the form looks good.

Uncle Bryn has a 4lb penalty for that success here. Even though the assessor only raised his official rating 2lb, he remains open to any amount of further progress. A high draw out of stall 30 is fine, especially as the adjacent slot produced two of the last four winners. Uncle Bryn is a top-price 7/1 with Boylesports for the Cambridgeshire.

Bet on Uncle Bryn with Boylesports

Magical Morning another going for Gosden

Frankie Dettori, who has ridden three of Gosden’s five previous race victors, gets the leg-up on the stable’s other runner, Magical Morning. A four-year-old gelding owned by Lady Bamford, he shaped as though an extra furlong should suit on two of his last three starts. After needing the run in the Royal Hunt Cup following 277 days off the track, Magical Morning only needed pushing out to land the Coral Challenge on Eclipse day at Sandown.

That uphill finish on a galloping track saw him to best effect. Goodwood hasn’t suited Magical Morning and he duly reversed Golden Mile form with Maydanny in another Heritage Handicap at York’s Ebor Festival. Under a welter burden of 9st 10lb, only the game Cruyff Turn denied him by a head. It was a cracking effort off 104 and one that suggested going up in trip could be an angle with Magical Morning.

Connections do just that here. Magical Morning does have another 2lb rise in the weights, but Wissahickon won this for the stable off 107 in 2018. Plenty of punters will latch on to the Frankie factor here. That is why Magical Morning is a Cambridgeshire Handicap fancy at 8/1 with Bet365 here.

Back Magical Morning with Bet365

York form could be key to Cambridgeshire puzzle

There are those who finished in-behind Magical Morning in the 1m Clipper Logistics Heritage Handicap from York re-opposing. Astro King only has a length to find on him yet meets his old rival off 2lb better terms. It gives this four-year-old Kingman colt trained by Sir Michael Stoute a big shout at the revised weights.

Astro King has just one win on turf in six attempts. That came on his reappearance at Nottingham. He has often been nudged up by the assessor for going close. Astro King ran a clear second in the Royal Hunt Cup to Real World, who has landed Listed and Group 3 contests since. The handicapper has left him alone this time, however, and he may reverse York form with Magical Morning. Astro King is 10/1 with Bet365 to give Stoute a first-ever Cambridgeshire winner.

Back in sixth and only beaten by 2 1/4 lengths at York was Indeed. He made a belated debut for new trainer Sylvester Kirk after 428 days off the track. Indeed, now aged six, hasn’t been straightforward yet has placed back form over the Cambridgeshire Newmarket course and distance. After finishing second in the Group 3 Darley Stakes, he ran third to Lord North in a Listed event over a furlong further.

Indeed doesn’t fit the current profile of Cambridgeshire Handicap winners in terms of age, but has a 1lb ease in the weights. He was always going to need the run at York after so long on the sidelines. If coming on for the run, then 28/1 with Unibet could be a bit of each way value for those who like to back outsiders.

Bet on Indeed each way with Unibet

The two horses that are well-in on official ratings are of obvious interest. Firstly, it would be foolish to ignore the massive ante post gamble that took place on Chichester. Trained in Scotland by Keith Dalgleish, the four-year-old Dansili gelding runs off 91 here yet has an official mark of 100. Cambridgeshire Handicap trends tell us that 94 is the lowest rating carried to victory in recent years, yet Chichester looks chucked in.

He bolted up in the Kilkerran Cup at Ayr over 1m 2f last week. It was a hugely impressive 6 1/2 length victory, and connections now book Hollie Doyle for the ride. The only negative is Chichester’s low draw. Punters have missed the gamble on him, so you can only get 11/1 with Parimatch now. Will the money talk for a horse with only 8st 7lb on his back?

Owen Burrows knows his private training deal with Shadwell Estates comes to an end soon, but those connections run Anmaat in the Cambridgeshire Handicap seeking a hat-trick. This three-year-old gelding landed the Kelston Cup at Bath in facile fashion off 86 on just his second turf start. Anmaat then followed-up off 8lb higher at Doncaster. Victory there burst the bubble of the previously undefeated Faisal.

Anmaat is up another 6lb for that but can only carry 4lb more as a penalty. He is 2lb well-in to this race, then. Burrows wants to advertise his credentials to prospective new owners. Stall 22 is in that higher end of the draw where all recent Cambridgeshire Handicap winners have come from. Anmaat appeals at 11/1 with Parimatch as he’s got in light. It’s a typically wide open renewal, though, so the shortlist isn’t exhaustive.

Back Chichester and Anmaat at Parimatch