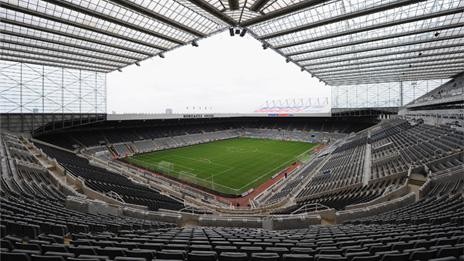 Newcastle United will take on Norwich City on Saturday at the St James’ Park, where manager Alan Pardew will be hoping to earn full three points.

After their disappointing 2-1 defeat at the hands of Sunderland in the Tyne-Wear derby, the Magpies bounced back strongly with back-to-back impressive victories against Chelsea and Tottenham Hotspur. They have lost just once in their last five league games while their record against Norwich is pretty impressive. The Toons haven’t conceded a goal their last three meetings with the Canaries while Norwich have yet to win at St James’ Park since 1988.

Norwich on the other hand must capitalize on their victory earned in the last match against West Ham. Despite spending big summer, it can’t be said that Norwich have made a huge progress. At this point of last season, they were on 11 points, same with this season.

Their biggest problem is their form away from home. Take a look at these stats – Just three league wins in 24 matches away from home since Chris Hughton took charge. They must get something from this fixture; else murmur will start again regarding his future at the club. Newcastle are 4/5 with Ladbrokes to win the game against the Canaries on Saturday.

Newcastle defender Mathiue Debucy will miss out through suspension after picking up five yellow cards. Good new for Pardew is Fabricio Coloccini, Steven Taylor and Paul Dummett are all fit, have returned to training and will be avialable for selection.

Norwich will miss out the services of striker Ricky van Wolfswinkel because of a toe injury. Mark Bunn and Alexander Tettey are out injured while Anthony Pilkington could play after overcoming his hamstring problem.

Prediction: 2-1; The French contingent are in seventh heaven at the moment after qualifying for the World Cup and a happy bunch shoulder deliver a satisfactory result.