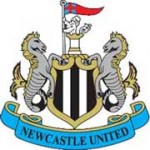 Newcastle United drew 1-1 with Hull away in their last league outing, their fourth straight league match without a win.

In their last five, Newcastle have won one, drawn two and lost two, picking up five points from a potential fifteen. Newcastle currently sit 16th in the league, one point behind 15th placed Blackburn and equal on points with 17th placed Portsmouth and 18th placed Stoke. 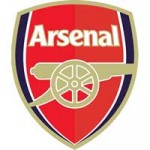 Arsenal beat Blackburn 4-0 at home in their last league outing, their second straight win and 15th straight match without a loss.

In their last five, Arsenal have won two and drawn three, picking up nine points from fifteen available. The win last week saw the Gunners go into 4th place for the first time this season, and they trail 2nd placed Chelsea and 3rd placed Liverpool by nine points and are equal on points with 5th placed Aston Villa.

Arsenal will be without Tomas Rosicky on a long-term injury, whilst Emmanuel Adebayor, Eduardo, and Cesc Fabregas are all still doubts.

This match looks likely to prove a different story, however, with Arsenal finding their winning ways once again, whilst Newcastle are above the relegation zone on goal difference only.

Also, the home advantage will do little to help Newcastle, with the Toon having only won four at home this season whilst Arsenal have won six on the road so far and currently hold the 6th best away record.

With Arsenal finding the back of the net seven times in their last two league fixtures and Newcastle only scoring twice in their last four matches, the Gunners look set to put their recent run of five straight draws behind them as they go into this match as favourites for victory.

Read the complete Newcastle vs Arsenal preview with the best bookmaker odds at the Sports Betting Review site.