With the latest news on Newcastle being that some Board-Room stability may now be in place with four Directors having resigned and owner Mike Ashley bringing in two of his own (non-executive Director Steve Hayward and Vice-Chairman Chris Mort), things are now in place for a big push on the playing side of things.

New Vice-Chairman Chris Mort and Chairman Freddy Shepherd have their marching orders to support Sam Allardyce in his efforts to bring in new players (preferably defenders) to the club as soon as possible. We’ll review a few of the players linked with Newcastle over the last day or two. 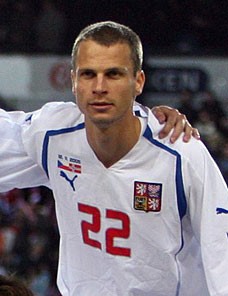 David Rozehnal, the 6’3″ Czech should have signed by now from PSG – but we are a little concerned there has yet been no official announcement on this. David passed his medical on Monday evening at St. James and the news was that terms had also been agreed. The fee is said to be â‚¤2.7M and we expect the deal to be officially announced shortly.

Newcastle are also being linked with Marseilles captain Habib Beye, the Senegalese International for a fee said to be in the region of â‚¤2M. Habib would be another bargain for Newcastle given that he can play right back or center back and has vast experience with Marseilles – having played for them 125 times and scored 4 goals. He also has lots of experience in European competition with the French team.. 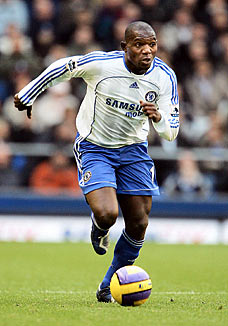 Another player Newcastle have been linked with just today is Geremi (his full name is Geremi Sorele Njitap Fotso), who is a free agent at Chelsea. Newcastle are obviously interested in an accomplished and experienced defender like Geremi — but will likely face competition from many other clubs. Newcastle can only hope that boss Sam Allardyce’s persuasive powers will be brought into action to convince Geremi his future lies with the Tyneside club. Germi’s four year stint at Chelsea is coming to and end – and during that time he played 72 times for the London club scoring 4 goals.

Nicky Shorey of Reading has also admitted today that interest from West Ham and Newcastle is ‘flattering’, even though the left-back may be happy enough to stay at Reading. Shorey told the local Reading Evening Post today:

“I’ve been happy at Reading for a long time now but we’ll just have to see what happens. “I’m going into the talks wanting to sort out my future with the club because I’ve done well at Reading. “I’ve gone through the divisions with them and my time here really couldn’t have gone better. Reading will always be special to me no matter what happens. “I’ll always think of them as my club, and in my time here it has just been success after success and hopefully that will continue. “I got my opportunity with England by playing at Reading and that’s a credit to the club. It also shows that you can play for a so-called ‘smaller’ club and still get recognized for England.”

“Interest from those clubs (Newcastle and West Ham) is definitely flattering,” “I’ve always wanted to do as well as I can, and when you do well, speculation will always be there. “To be honest, though, I can never say never. Football is one of those sports where people move around all the time, but you just can’t know if rumors like that are true or not.”

If we could read between the lines – just a little bit – it appears that if Newcastle or West Ham were to lodge a serious bid for Shorey — Nicky may be open to a move. That’s pure conjecture on our part — but it does seem that Nicky is ambitious and may want to move on from Reading at some point. Reading of course have done outstanding under Steve Coppell — and it’s clubs like these that make the football world go round. It’s probably touch and go on whether Nicky decides to stay at Reading — he certainly has lots of good things to say about the club.

We’ll have to wait and see which – if any – of these players end up at Newcastle. However, with English Billionaire Ashley now in charge – you can bet that Newcastle are linked with each and every player that is even whispered as being available for transfer in the next two months.