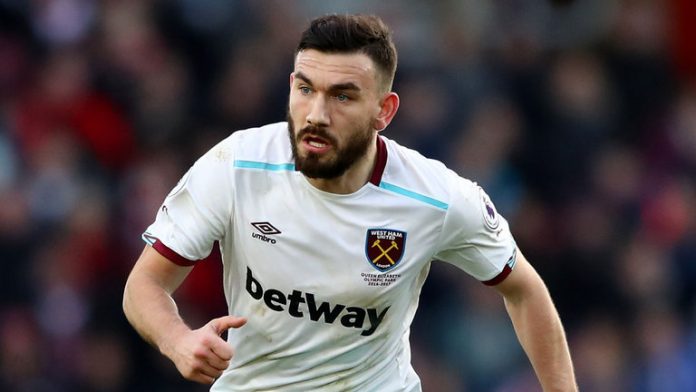 According to the bookmakers, Newcastle United are odds-on favourites to sign the player. Aston Villa are thought to be in the chase as well but the Magpies are frontrunners for the former Hull City star. 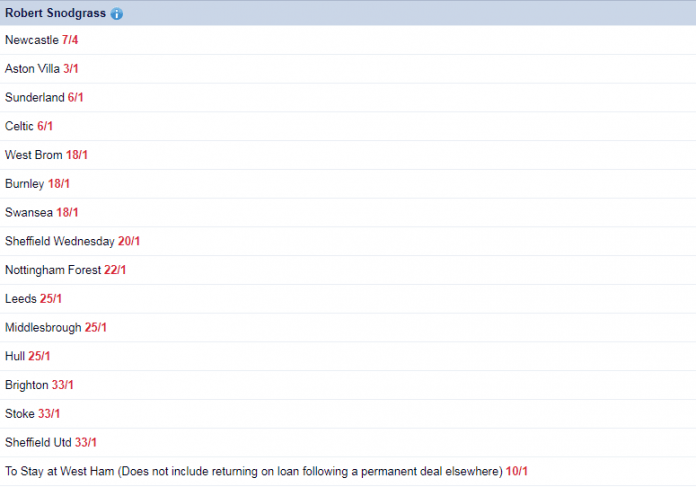 The 29-year-old midfielder has struggled to establish himself as a starter under Slaven Bilic and he will be allowed to leave the club if a suitable offer comes in.

He joined the Hammers in January for a fee of £10.2 million and has failed to impress so far.

With the arrival of Arnautovic, Snodgrass has fallen further down the pecking order and it makes sense for him to consider a move away from east London.

Despite his poor form with the Hammers, Snodgrass is an experienced player who could make a lot of difference for Rafa Benitez’s side. Newcastle have had a dreadful start to their Premier League campaign and they are in desperate need of new signings in order to improve the squad as well as lift the spirits around the camp.

The Magpies have been linked with wingers this summer and Snodgrass could be an ideal addition for a reasonable price. It will be interesting to see whether Newcastle submit a formal offer for the player now.

It is important to note that the latest odds are not an indication of Newcastle’s interest in the player. It simply means that the Magpies are most likely to sign him according to the bookmakers.