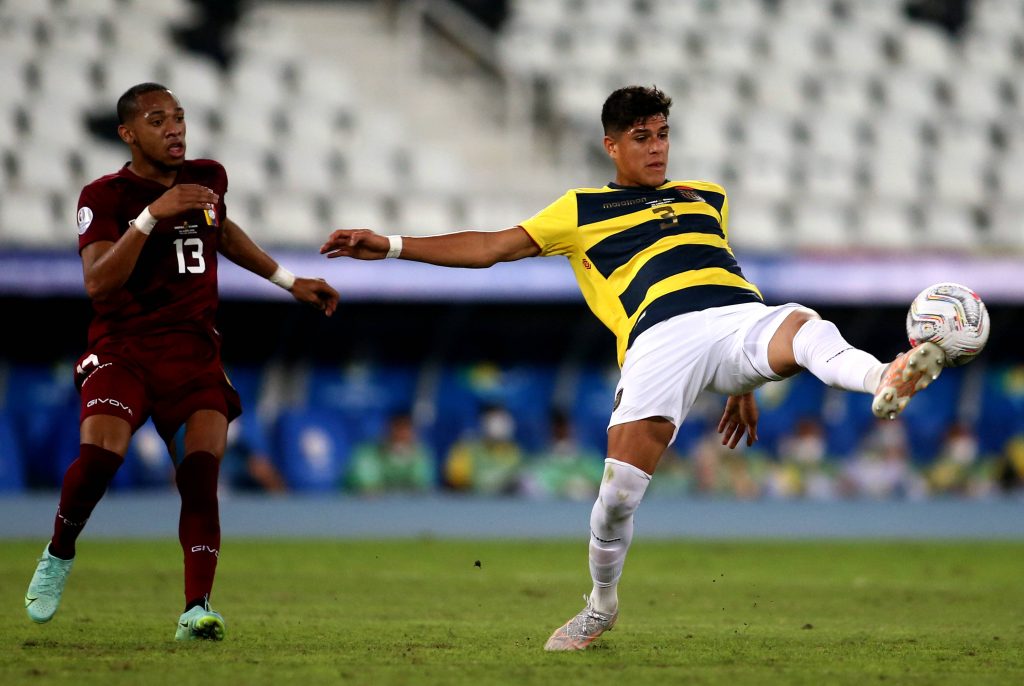 The 19-year-old has had an impressive season with CA Talleres, and his performances have also caught the attention of Real Betis and Atletico Madrid.

According to Diario de Sevilla, he would be a future prospect for the Premier League club.

The Magpies need defensive reinforcements this summer, but Hincapie is unlikely to be a first-team player next year.

Steve Bruce must bring in someone who can make an immediate impact, and the Ecuador international would need time to settle.

Hincapie has the talent to succeed in the Premier League, and a loan move after signing him would be ideal for his development.

He will need to play regularly next season, and a temporary deal with a Championship club could be the way to go.

The Ecuadorian can operate in various defensive roles, and his versatility would be useful for the Magpies in future.

The South American has the talent to develop into a quality defender in future, and Newcastle will be keen to get a deal over the line.

Read: Newcastle eyeing up a player plus cash deal for midfield target,