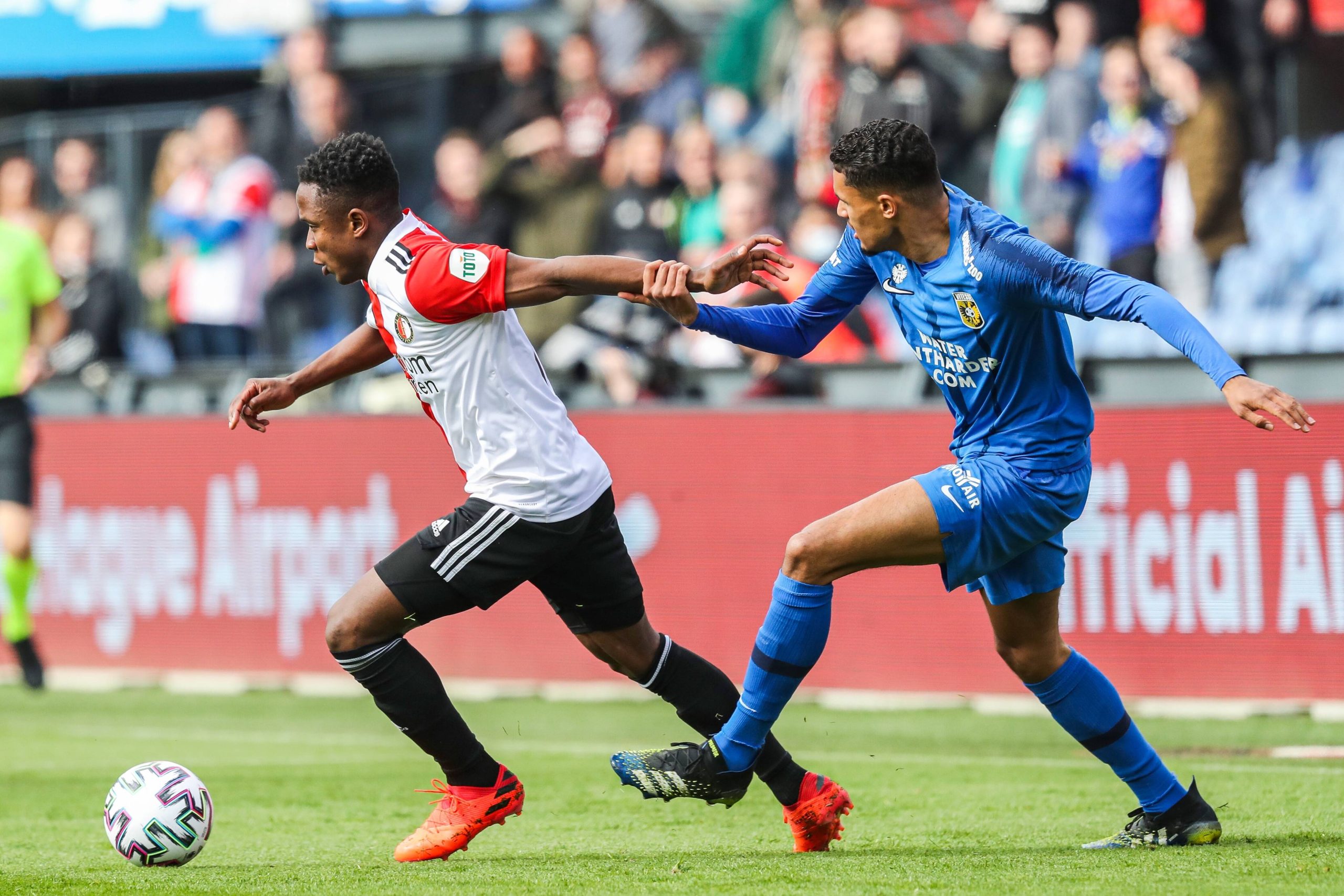 Newcastle United have been linked with a move for Dutch centre-back Danilho Doekhi.

The 22-year-old has been outstanding for Vitesse Arnhem this season, with his performances also catching the attention of Italian club Atalanta.

According to De Telegraaf, there is ‘serious interest’ from the Premier League club as they strive to improve their squad this summer.

Doekhi has one year left on his current contract with the Dutch outfit, and Vitesse will be under pressure to cash in on him unless he signs an extension.

Fulham and Rangers were keen on the player earlier this year.

SL View: Could be a useful bargain for Newcastle

Newcastle could certainly use some defensive reinforcements, and Doekhi has the potential to be a quality long term addition.

Doekhi is likely to improve with experience, and his contract situation means that he might be available for a reasonable price this summer.

Vitesse paid €250,000 for him three years ago, and they will be able to make a healthy profit without asking for an absurd sum of money for their prized asset.

Atalanta would be able to provide the player with European football, giving them an edge in the transfer pursuit.

Doekhi can play in various positions, and his versatility could make him a handy option for Steve Bruce next season.