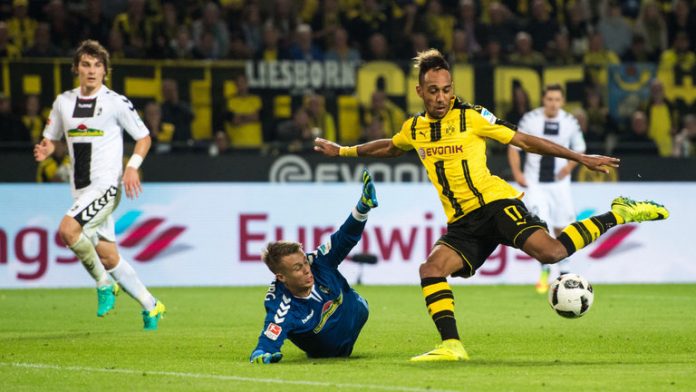 It may have taken Pierre-Emerick Aubameyang a while to secure his big-money move to Arsenal, but the striker is fancied to make an immediate impact in the Premier League.

The Gunners secured the services of the 28-year-old on transfer deadline day from Borussia Dortmund for a fee believed to be in the region of £60 million.

Aubameyang scored 98 goals in 144 Bundesliga games for Dortmund and there’s every reason to believe he can deliver a 5/1 bookie-basher by scoring 10 league goals for Arsenal this season.

With Henrikh Mkhitaryan joining the club from Manchester United and Mesut Ozil agreeing a new deal, Aubameyang should get plenty of service during Arsenal’s remaining 13 league games.

Their run-in looks relatively favourable, with Manchester City (H), Tottenham Hotspur (A) and Manchester United (A) their most difficult fixtures.

The Gunners are currently 12/1 to finish in the Premier League’s top four at the end of the season, but if Aubameyang can hit the ground running they could still grab one of the Champions League places.