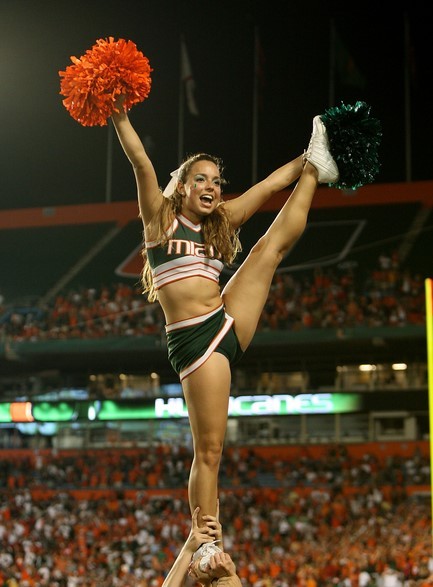 When the Florida State Seminoles take on Miami this Saturday, unusually for this rivalry, neither team will be ranked for the second year running. There is usually a lot more on the line than bragging rights, but that won’t stop this fiery college football rivalry from being hotly contested. Here, we will take a look at the betting odds, including the spread and lines while offering our best bets, picks and predictions for the week ten NCAAF game.

FSU a level above Miami?

After a string of three defeats, Florida State bounced back with a win against Georgia Tech last week. Their three defeats were to respectable opponents, all of which are now ranked in the CFP rankings in Clemson, Wake Forest and NC State. However, it does probably give us an idea of FSU’s level this year.

The sportsbooks believe that level is above the one shown by Miami so far this year. They are decent odds on at -290 on the moneyline with Bovada, while they are 7.5-point favorites on the spread. The bookies have set the total points line for this one at 53.

Miami has been up and down like a man with a lame leg this year. Last week’s game against Virginia went to FOUR overtimes, yet still somehow only ended 14-12 in the Hurricane’s favor.

They have under-performed compared to oddsmakers’ expectation all season long and are currently 1-7 against the spread on the year. They will be hopeful of a better performance against the Seminoles on Saturday.

It is difficult to get a grip of this game because we have no idea who the ‘Canes are playing at quarterback. According to head coach Mario Cristobal, they are currently preparing three quarterbacks as if they will start.

He adds all of Van Dyke, Jake Garcia and Jacurri Brown will all prepare to play.

If Van Dyke is good to go, he obviously offers Miami their best chance of grabbing a result. Cristobal is ‘optimistic’, but that is simply ‘coach-speak’ and could mean anything.

Regardless of who starts at quarterback, the wide receiver matchups are good. FSU doesn’t generally give up many passing yards to their opposition, but the individual matchups are there for Miami if they can take advantage of them.

They have been peppering Brashard Smith in the past few games and they need to be looking his way again in this one. The sophomore is the receiver with the best matchup and could be the key to keeping Miami close.

There is not much in the way of the running game to speak of. It looks like a pretty neutral matchup that neither side will be too excited about.

Miami’s defense to keep them in the game 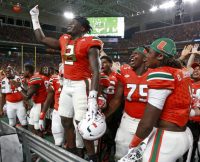 When FSU has the ball, there is also some cause for concern. Miami’s defensive line is a top-25 unit in pass rushing and run defense. Noles QB Jordan Travis might spend a lot of Saturday running for his life. It is a mismatch in the trenches for the passing game.

The line does block a little better for the run, but Miami only allows 3.4 yards per rush and they are still a problem for this offensive line.

The matchups on the outside are not exactly ideal either. This Miami defense should be able to curtail this FSU offense on all fronts.