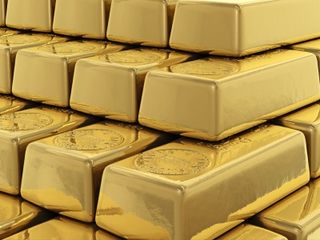 Alabama Crimson Tide take on the Georgia Bulldogs tonight in one of the biggest events on the US sporting calendar, the College National Championship Game, and our football expert is on hand with the latest odds, a full game preview, and betting Picks. Plus, find out how you could wager on tonight’s game for free by registering an account with the BetOnline sportsbook.

Click here to get a $1,000 deposit bonus at BetOnline when you sign up to bet on College Bowl Championship Game: Crimson Tide vs Bulldogs at BetOnline

What Time is the National Championship Game?

Crimson Tide vs Bulldogs is scheduled to begin at 20:00 EST

What Channel is the National Championship Game on?

This year’s NCAA National Championship Game between Alabama & Georgia will be broadcast live on ESPN and streamed live on the ESPN app.

Below are the latest odds for Georgia Bulldogs vs Alabama Crimson Tide as seen on BetOnline on the morning of the game.

Click here to bet Crimson Tide vs Bulldogs at BetOnline

The curtain comes down on another epic year of college football tonight when the Georgia Bulldogs (13-1) take on Bowl Championship mainstays the Alabama Crimson Tide (13-1) at the Lucas Oil Field Stadium.

The Crimson Tide defeated the Bulldogs 41-24 in the SEC Championship Game, which helped Nick Saban’s team take the No. 1 seed in the CFB Playoff. But most fans agree that the Bulldogs were the more dynamic team throughout the season, so expect head coach Kirby Smart to go all out to gain revenge this evening.

It’s not all on coach Smart, mind: to come up with a win tonight, Bulldogs QB Stetson Bennett will need to put on a far better showing than he did in the previous encounter, and Georgia’s much-heralded defense needs to do a much better job of limiting Tide QB Bryce Young who finished up with 26/44 for 421-yards and three touchdown passes in the CFB playoff game.

In truth, the Bulldogs rebounded well from that surprise defeat, and the defense put on a show in a 34-11 win-up against Michigan Wolverines in the Orange Bowl a week later, limiting opposing QB Cade McNamara to just 106-yards, no TDs, and two interceptions. Something more akin to that kind of performance would go down a treat with the Bulldogs faithful this evening!

As for Alabama, Nick Saban’s defending championship-winning team wasn’t perhaps at its dominant best this season but it’s little surprise to see the Tide make its sixth appearance in the final in just seven years. They always make it! This time at the expense of Cincinnati who were bested 27-6 in the Cotton Bowl.

Alabama has the better of Georgia on the overall win/loss record, 42-25. And, looking at the recent history between these two teams doesn’t bode too well for the Bulldogs either – Nick Saban has never lost to Kirby Smart. Alabama is 4-0 vs Georgia in games where Saban and Kirby have gone head to head.

However, Josh Jobe, John Metchie III, and CB Jaylin Armour-Davis are not expected to feature in tonight’s championship game against Georgia.

As for the Bulldogs, WR Arian Smith is likely to miss out with a leg injury, but fellow wideouts Ladd McConkey and George Pickens will feature. OL Tate Ratledge (foot) will also miss out on offense.

On defense, Georgia will have to manage without DB Tykee Smith (knee), CB Jalen Kimber, and LB Rian Davis (quad), but the vast majority of the Bulldogs’ starting 22 are fresh and good to go.

Honesty, it’s a bit of a surprise to see the Crimson Tide listed as underdogs in this one, especially when you consider that Alabama is the defending champion and the dominant fashion in which they disposed of the Bulldogs in the SEC Championship Game a little over a month ago.

Then there’s the excellent mid-late season form of Crimson Tide’s Heisman Award-winning QB Bryce Young to factor in. The young star is nailed on to be an early pick at this year’s NFL Draft, posing numbers of 4,503-yards, 46 TD passes, and just five picks on the year.

In a closely contested game such as the NCAAF National Championship, the fact that Crimson Tide boast the experience of winning recent titles, have just beaten their opponents convincingly; have a coach who has never lost to his opposing coach on the Georgia bench (Saban 4-0 Smart), and have the luxury of possessing the best player in college football out there under center, it’s impossible to take any bet other than Alabama on the moneyline.

College Bowl Final Prediction: take the Crimson Tide as underdogs on the moneyline at +120 at BetOnline.

By signing up at BetOnline ahead of tonight’s NCAAF Championship Game between the Georgia Bulldogs & Alabama Crimson Tide, you can claim up to $1,000 in free bets, as well as several other offers that can be viewed by clicking on the following BetOnline promo codes link.

To claim up to $1,000 in free bets for the NCAAF College Bowl Game when making your first deposit, see below: