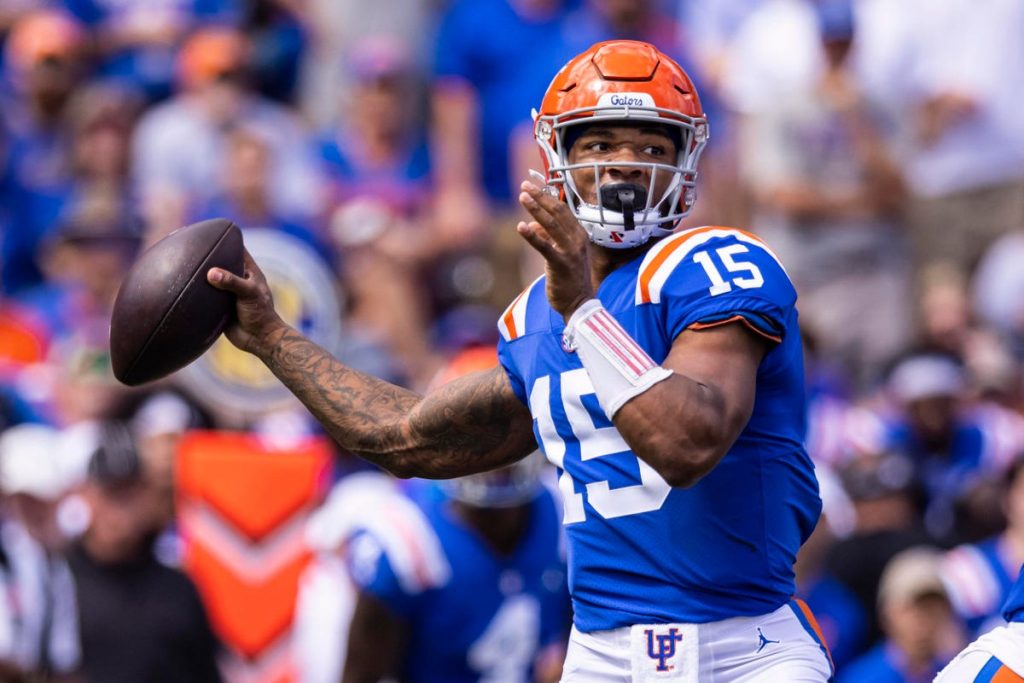 Draft Prospects, Richardson and Levis Meet at The Swamp

Two of the most talented SEC quarterbacks meet in this top 25 clash on Saturday evening. Anthony Richardson of Florida and Kentucky’s Will Levis are both expected to go fairly early in the 2023 draft and this crunch match will likely draw the attention of NFL scouts and executives from all 32 NFL franchises.

Clash of the Draft Prospects

Florida knocked off #7 Utah at The Swamp last week as Anthony Richardson made some eye-catching plays. This week, the Wildcats of Kentucky are in town and they bring their own impressive quarterback with them. Will Levis is a fourth-year senior dual-threat QB notching an impressive nine touchdowns on the ground last year. With these two at the helm, you would instinctively be thinking shootout, but in the words of the immortal Lee Corso, not so fast, my friend.

Anthony Richardson showed flashes of brilliance against Utah, especially when converting a late two-point conversion. His flashiness led to some Heisman chatter and his price collapsed in the betting market.

Should Gators be Concerned?

As good as some of his plays were, some aspects of his game are concerning. His passing rating under pressure in week 1 was in the low thirties and if the Kentucky rush gets to him, Gator fans will be holding their breath. Despite his high completion percentage, PFF graded him as the 109th best quarterback last week. His strength lies in his legs, but in Will Levis the Wildcats have somebody who can mimic Richardson in practice (albeit not to the same extent) which may help their chances Saturday.

Will Levis Offensive Troubles Ahead?

Much of the same can be said about Will Levis. While his numbers look good on paper (21/32 303 yds, 3 TD, 1 INT), his PFF grade saw him rank 103rd among QBs last week. He was pressured 14 times and sacked four, which is a concern for this offensive line. This Florida pash rush won’t set the world alight, but if Kentucky doesn’t improve on its blocking, it may not need to.

It could be trouble for both quarterbacks Saturday evening and for that reason the pick is UNDER  51.5 @ -110 with Bovada