NCAA football returns on Friday & Saturday, and, with a great schedule to look forward to, our expert presents the best NCAA Week 9 Picks. Plus, find out how you can claim a $1,000 welcome offer at the Bovada sportsbook.

Two AAC teams face off in the first game of the Week-9 NCAAF schedule as the Pirates take on the Bulls.

Oddsmakers have made East Carolina the -395 favorites to win on the moneyline, and for good reason: the Pirates boast a slightly superior 2-4 record in the AAC to date and, though they did come up short this past couple of weeks vs Houston and UCF, the three-game winning streak prior to this blip looked promising for Pirates’ fans as their team played well when defeating Marshall, Charlestown, and Tulane.

East Carolina RB Keaton Mitchell will be a player to watch in the game (and perhaps worth a punt on the prop market). Mitchell has already posted a team-high 677-yards rushing (96.7-yards per game) and four touchdowns to go along with 15 receptions for 157-yards and one TD.

South Florida easily won its last match vs Temple, 34-14. But before that, the defense was diced by SMU, 41-17, and they lost a nailbiter to Tulsa, 32-21, following a fourth-quarter capitulation.

In recent games between these two teams, South Florida has had the advantage, winning three of the last four and scoring 150 points to East Carolina’s 108. Florida has also posted four wins in seven games against the spread this season

Keaton Mitchell’s opposite number in the Florida ranks, Jaren Mangham, has proven to be deadly in the Red Zone thus far this campaign. He’s tallied up 416-yards rushing and an incredible 12 TDs to date. East Carolina’s defense will need to be wary of the former Colorado standout, especially in short-field situations.

All in all, these are two similarly matched teams with similar records and similar strengths in the running game. But we feel that South Florida’s proven propensity to beat the spread; the performances of Mangham, and the recent matchups between the two teams insinuate the potential for an upset here. Plus, we like the look of those underdog South Florida odds on the moneyline!

Prediction: South Florida to cause an upset at +290 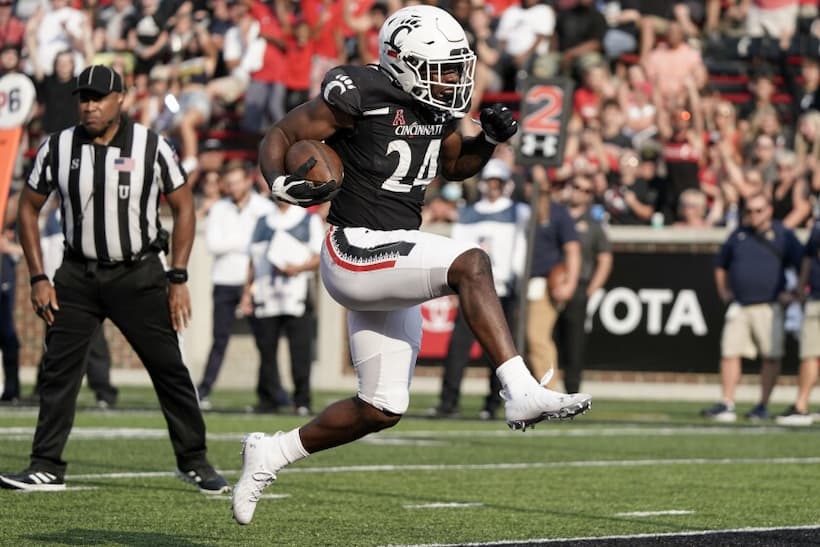 Tulane have been poor this year – very poor. Willie Fritz’s team came so close to a shock win vs Oklahoma at the beginning of the season. But, since then, it’s all been downhill and they are deservedly rock bottom of the AAC.

The Green Wave defense concedes an average of 42.3 points per game. The offensive line has allowed opposing pass rush units 17 free sacks on QB Michael Pratt who, despite being 1-6, has actually played quite well overall. Tulane has been blown out on multiple occasions, too, suffering big defeats to Mississippi, losing 62-21, and East Carolina, 52-29. Again, poor.

Bearcats QB Desmond Ridder has been a real surprise package. He’s already tallied 1,620-yards, 15 TDs, and just the three picks. And, RB Jerome Ford is a yard short of 800-yards, many of which gained whilst rushing in for an astonishing 13 TDs through seven games!

In a nutshell, this Cincinnati team looks the real deal and we’re backing them to cover the spread vs a very poor Tulane outfit.

Bet on the Cincinnati Bearcats to cover the -24.5 spread (-110) vs Tulane Greenwave at Bovada 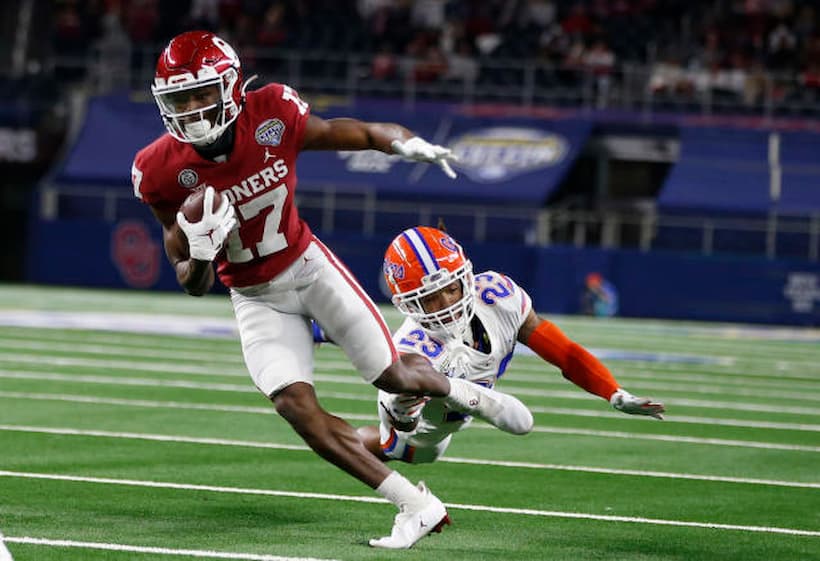 The Texas Tech Red Raiders have played some good football this season and, with a 5-3 record, rank sixth in the Big 12. Besides a tough one-point defeat to KSU last time out, they’ve been in pretty good form, too, racking up comfortable wins vs FIU. FSA, and HOU.

Tahj Brooks and SaRodorick Thompson have been a mean pair at the running back position, the defense plays hard and sensible; WR Erik Ezukanma is a good outlet, and the QB battle between Tyler Shough and Henry Colombi is yielding results -this is a pretty decent Texas Tech team overall.

The problem for the Red Raiders is that the Oklahoma Sooners are next-level opponents: At present, Lincoln Riley’s team is comfortably in first place in the Big 12 division, boasting an 8-0 record.

RB Kennedy Brooks averages 6.2-yards per carry this year to go alongside his nine TDs. Spencer Rattler, though not at his imperious best and locked into a QB battle with Caleb Williams at present, still boasts 1,371-yards on the year, with a ratio of 10 TDs to five picks. The list goes on. The point is that Oklahoma has a string of NFL-ready players on both sides of the ball, and it’s going to be hard for the Red Raiders to match up.

Even though Texas is a solid team, and despite the fact that the Sooners are 2-5 Against the Spread this season, this one has blowout written all over it…

Prediction: Sooners to win and cover the -20.0 spread

Bet on Sooners to cover the -20.0 spread vs Red Raiders at Bovada

NCAA Betting Tips: Get a $1,000 Deposit Bonus at Bovada ahead of the Week-9 games

Bovada is currently offering a 50% welcome bonus that’s worth up to $1,000 for all new patrons to the sportsbook that sign up in time for NCAA Football’s Week-9 games.

To claim this offer in time for Saturday’s Week-9 NCAA fixtures, click the link below and follow the steps: