Washington Wizards travel to face the Atlanta Hawks in the NBA this evening, and our betting expert has a selection of NBA Picks to share ahead of the game. Plus, find out how you can get up to a $2,500 deposit bonus at BetUS.

NBA Week-3 serves up an All-Eastern Conference clash this evening as two teams with playoff aspirations go head-to-head. It’s Trae Young and the 3-3 Atlanta Hawks vs Bradley Beal and the 5-1 Washington Wizards.

For a full betting preview, the latest odds courtesy of BetUS, and a few NBA Picks of our own, read on:

Below are the latest NBA betting odds available for the game at BetUS:

Bet on Hawks vs Wizards at BetUS

BetUS is offering a 125% first-time matched deposit bonus that’s worth up to $2,500 to anyone that signs up with the sportsbook in time for tonight’s NBA action: Atlanta Hawks vs Washington Wizards

The Washington Wizards have begun the season in great form. Wes Unseld Jr.’s team is T-1st in the Eastern Conference having recorded an unexpected 5-1 start

Starman Bradley Beal averages 24.4 ppg – down on last season’s 31.3 – and is shooting at just 36% from the field. Washington’s success thus far has come from its graft and team ethic, rather than any one-man band.

Against the Boston Celtics on Friday, for instance, the game ended up going to double overtime, but the Wizards got the job done in the end, thanks to an efficient and confident team performance: Kyle Kuzma posted 17 points and 17 rebounds; Montrezl Herrell scored 20 points and totaled 14 rebounds; Spencer Dinwiddie scored 20 and Beal had his best game of the year to date with 36.

It was much the same a few days prior when the Wizards met tonight’s opponents the Hawks for the first time this season. Bradley Beal and co. won out 122-111, with four players scoring 20+ points from the field. A notable statistic from that first match is that the Hawks were by far the more efficient team from the field, shooting 54.5% to the Wizards 46.5%. But, even with 13 assists from Trae Young, Atlanta couldn’t match Washington when it came to creating opportunities to score and that’s why they lost.

Sticking with Atlanta (3-3), Nate McMillan’s team began the season well but now finds itself on a two-game skid after losing to Eastern Conference rivals Philadelphia and tonight’s opponents Washington. Hawks are tough to beat at home and haven’t lost a game at State farm so far this season, but the defense has been leaky of late, conceding in flurries and sitting 15th in the stats table with a season points differential of just 0.3. 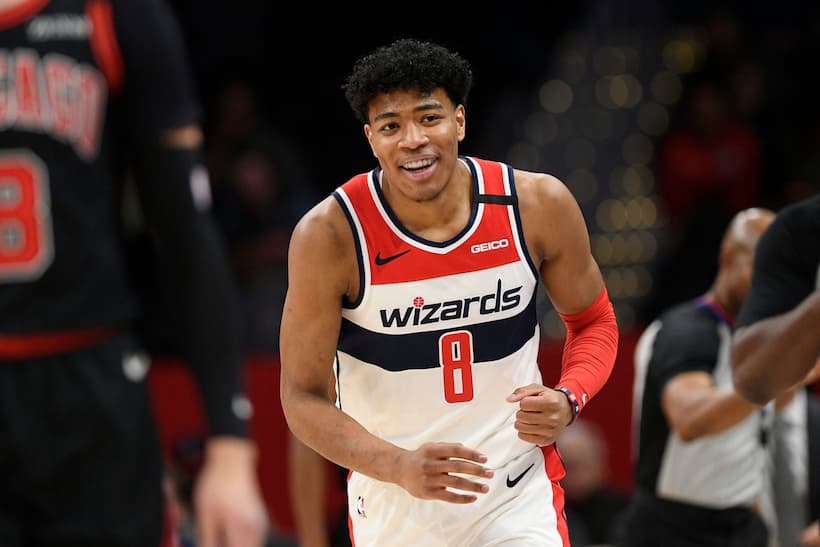 Atlanta Hawks mostly have a clean bill of health heading into tonight’s game. Only long-term absentee, power forward, Onyeja Okongwu appears set to miss out as he continues his rehab from shoulder surgery.

Not such good news for the Wizards: Daniel Gafford (quad), Cassius Winston (hamstring), and Anthony Gill (calf) will be game-time decisions for the Wizards coaching staff. Nobody is really sure what’s going on with Rui Hachimura but the Japanese star hasn’t linked back up with the team and won’t feature tonight. Thomas Bryant is definitely out with a knee injury, too.

Hawks tend to play their best basketball at home, and we certainly don’t think the score between these two conference rivals will be as decisive in Washington’s favor as it was last week, even with the Hawks’ shaky D.

That said, a 16.5 point swing from the game in Washington seems high to us, especially with Atlanta coming into this contest in such indifferent form…