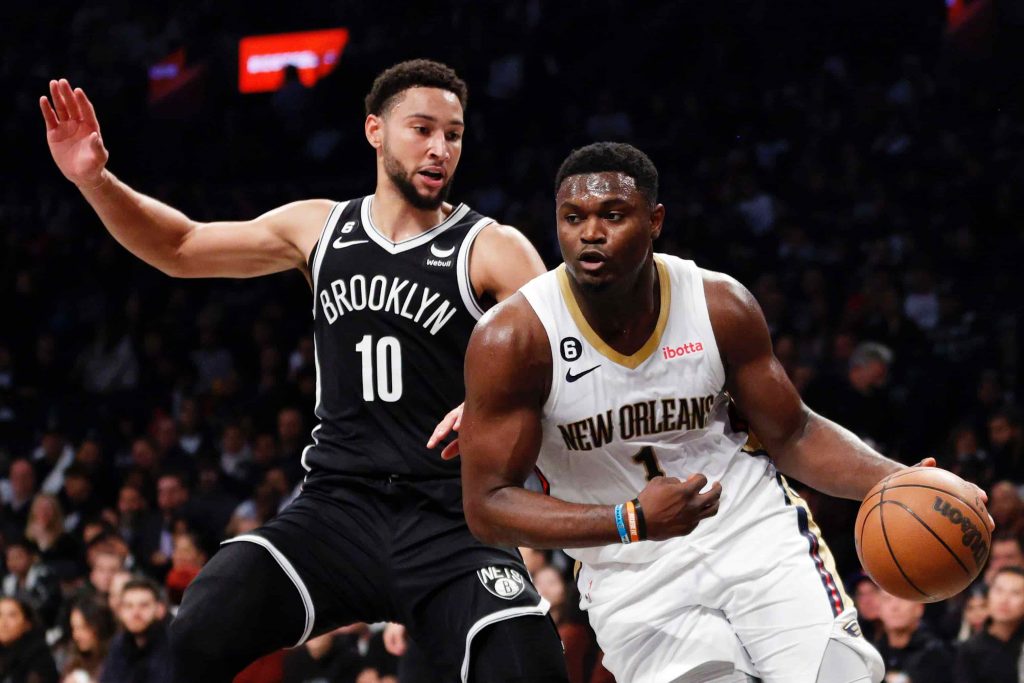 With a dozen NBA games happening tonight, our basketball writers have put together three player prop picks which can be backed with a $1000 free bet from BetOnline.

As mentioned, we have listed how to claim $1000 worth of bonuses for this evening’s NBA action.

Ready for the action, you can find our top three player prop picks, as well as the latest NBA betting odds for tonight’s games.

Getting our NBA player prop picks underway, we take a trip to LA where the 1-for-5 Lakers will be quaking in their boots at the thought of another offensive onslaught.

This time in the shape of Zion Williamson, who after sitting out ties with the Suns and Mavericks returned to the court to put up 21 points against the other side of LA in the Clippers.

While that wouldn’t be enough to cover the implied total for this one, the Lakers have been bullied defensively despite finally putting up a win on the sixth time of asking last time out. Zion will relish going up against a shaky defence, and the 22-year-old has hit this total twice so far in four appearances.

Back Our Zion Pick at BetOnline

RELATED: How To Watch NBA Streams For Every Game: Watch NBA Games On Tonight For Free

Next, we are expecting Jaylen Brown to surpass his implied points total in a crucial match-up against the Cavaliers.

The latter managed to claim a hugely impressive victory against the Celtics last week to continue their impeccable run of form, and now face them again in the hope of putting further distance between themselves and Boston near the top of the Eastern Conference.

The Celtics will need to clinch a win here if they want to stay hot on the heels of Cleveland, and we are expecting Jaylen Brown to have a leading role by hitting over 23.5 points – he has achieved this in four of his six appearances so far.

Brown Over 23.5 Points at BetOnline

Lastly, we head to Texas where Utah Jazz face off against the Mavericks in the hope of extending their record to 7-for-2.

Our pick goes to Mike Conley to put up over 5.5 assists for this match-up. He has been an integral part of Utah’s stunning run of form, averaging 2.3 rebounds and 11.6 points.

However, he has been their main playmaking asset thus far, averaging seven assists per game and surpassing this game’s implied total in half of his season starts.

Conley Over 5.5 Assists at BetOnline
Join our Telegram channel to stay up to date on the latest in marketing