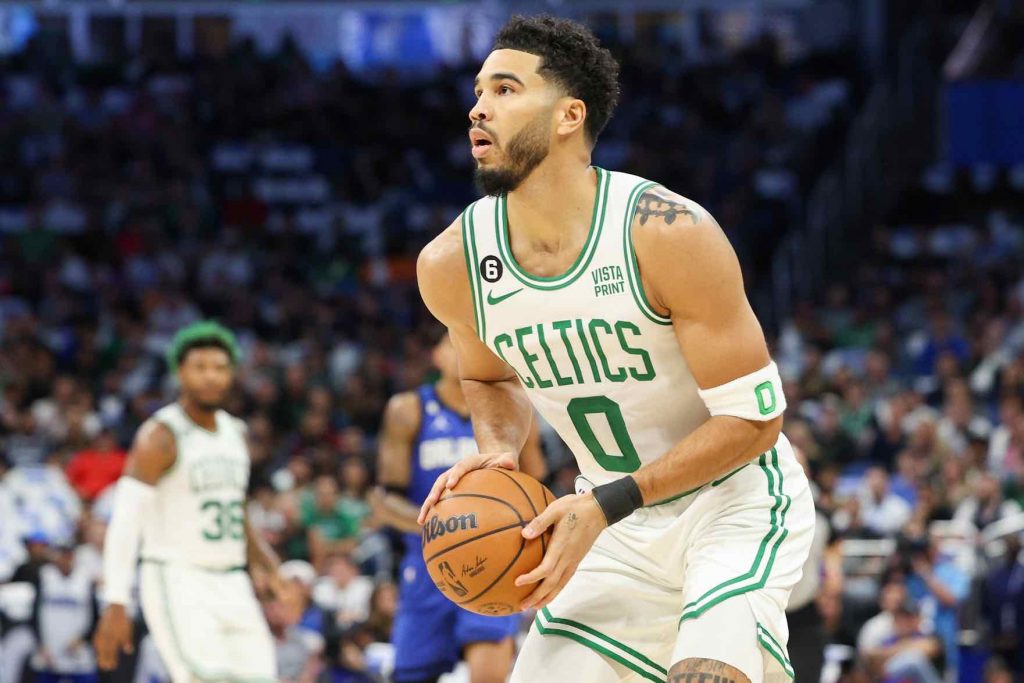 In preparation for three important clashes in the NBA this evening, our experts have been busy here at Sportslens to bring you three carefully selected player prop picks which you can back with a free bet of up to $1000.

How does $1000 worth of bonuses sound ready for the NBA action? See below for more details.

Boston can push their impressive start to the season to 4-0 with a win in Illinois against the Chicago Bulls, whilst Kevin Durant’s Brooklyn Nets can make it consecutive wins in Memphis against Ja Morant’s Grizzlies.

The Miami Heat and Toronto Raptors are playing their second game in two days at the FTX Arena, following a 112-109 win for Erik Spoelstra’s side on Saturday.

Ready for the action, you can find our top three player prop picks , as well as the latest NBA betting odds for tonight’s games.

Joe Mazzulla’s Boston Celtics have began the 2022-23 campaign with a perfect start, recording three wins from three against contending sides Philadelphia 76ers and Miami Heat, alongside Saturday’s 126-120 win against the Orlando Magic.

Jayson Tatum leads the league in scoring with 34.7 points per game and is well on track for a first MVP award and a second consecutive First Team All-NBA honor.

The 24-year-old, widely regarded as one of the best players in the world, is on a mission to deliver an 18th championship for Boston and avenge last season’s disappointment in the NBA Finals.

Back Tatum over 25.5 points with BetOnline

Kevin Durant has also enjoyed a positive start to the season after being swept 4-0 by the Celtics during the first round of the playoffs earlier this year.

The two-time Finals MVP is averaging almost 30 points per game alongside four rebounds and assists alike through two games against the New Orleans Pelicans and Toronto Raptors (1-1).

Durant is shooting 49% from the field on an average of 9.5 makes per game and we’re tipping the ‘easy money sniper’ to record over 28.5 points against the Grizzlies tonight.

Back Durant over 28.5 points with BetOnline

The Miami Heat got their first win on the board against Toronto on Saturday as Jimmy Butler recorded a solid game-high 24 points, four rebounds and five assists to lead his team to victory.

Butler is averaging 22 points, 6.3 rebounds and 4.3 assists per game this season and we’re tipping the 33-year-old to reach the five assist mark once again on Monday night.

Back Butler over 4.5 assists with BetOnline
Join our Telegram channel to stay up to date on the latest in marketing