News coming in from Italy suggests that Serie A side, Napoli are readying a bumper January bid for Manchester United target, Nemanja Matić. 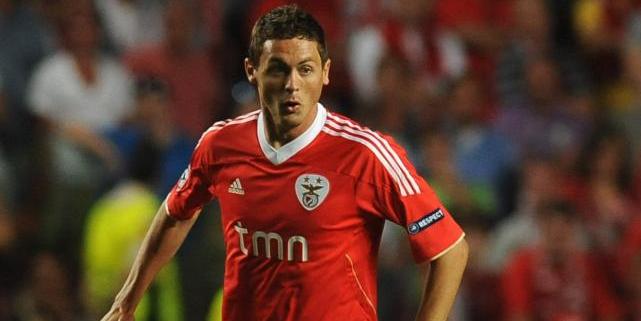 Italian website, TuttoNapoli.net (via A Bola), reports that a deal including Chilean striker, Eduardo Vargas is being mooted for the giant Serb. Rafa Benitez’ Napoli are hoping to get the jump on United by making the first move well before the winter transfer window opens, so as to secure the midfielder.

The former Chelsea man, Matic, moved to Benfica in 2011 in a deal that brought David Luiz to Stamford Bridge. He has since blossomed in Lisbon, becoming real force in the heart of the Benfica midfield.

He has been strongly linked with a move back to the Premier League in the last year. The likes of Liverpool, United, and Chelsea have looked to strike a deal to bring in the 25-year-old; and we reported one such possibility – that of a huge triple bid being readied by United – earlier this month.

David Moyes’ United have looked the most likely destination for Matic in recent weeks, with Portuguese newspaper, Record, stating that the Serb may be bound for Old Trafford.

But with the news that Napoli are looking to steal a march on the Premier League big guns, Man Utd and the like may have to step up their own transfer preparations so as not to lose out on their man.