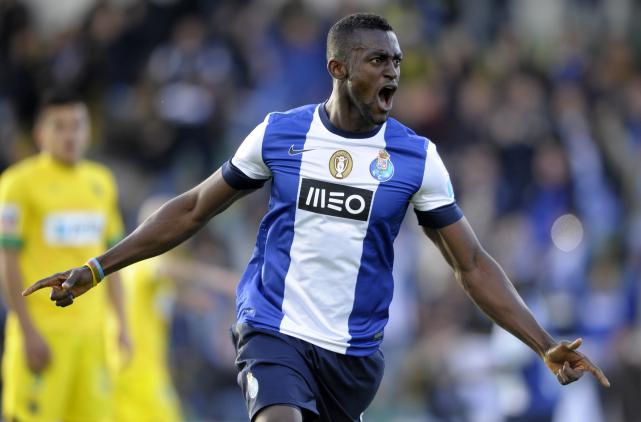 Serie A side Napoli are said to have agreed terms with Porto striker Jackson Martinez, but are still in negotiations over the asking price.

The 26-year old signed for the Primeira Liga outfit last summer – leading the Portuguese side to the league title, scoring 26 goals in 30 games.

Prior to Porto, Martinez has previously played for Independiente Medellin and Chiapas. He’s scored a career total of over 90 goals in more than 150 games for club and country.

Napoli most recently sold striker Edinson Cavani to Ligue One champions Paris Saint-Germain for £55M, and have used the money for a number of new recruits.

The Italian side have been very busy in the market this summer. Real Madrid striker Gonzalo Higuain, winger Jose Callejon, and defender Raul Albiol all recently left the La Liga side to join Napoli for £34M, £8M, and £10M respectively.

Jackson Martinez is set to be the last name on the shortlist who Napoli feel could win them the league. However, while the club may have agreed personal terms, they are yet to match the €40M asking price.

‘There’s an agreement with the player, but we’re missing one with Porto and the club don’t want to sell him. The only way it could happen is that they pay the 40million euro release clause, otherwise he won’t leave.’ – Jackson Martinez’ agent Manuel Manzo.

Napoli have yet to make an offer satisfactory to Porto’s demands, but they may come back with an improved bid to sign the Colombian international.