Munin Sports have released a new piece of football technology to aid footballers with training – the M-Station. Considerable time, effort and resources have been invested in making the M-Station a multi-purpose training tool, that has been incorporated into everyday use by some of Europe’s top football teams.

The M-Station is a high-quality product manufactured in Denmark and made of stainless steel and lightweight aluminium. It has a rebound surface of 270cm x 270cm, currently the largest on the market, and is designed to be easy to use and move. The string surface is masterfully designed to generate the maximum rebound of the ball, with typically a less than 5% drop in speed.

The M-Station is easy to adjust, with ten different settings to impact upon trajectory and inclination. It can be easily moved by one person and is designed to be puncture free.

Training with the M-Station

The M-Station has been designed to be used in different drills and for a number of contrasting purposes. It can be used individually or as part of a group exercise, for attack, defence or goalkeeping. The most important feature of the M-Station is to allow young players to work on their control and touch in their own time.

For forwards the M-Station can act as an aid to finishing, as it can provide a cross for the prospective striker to convert. For all other players it can help them to work on their passing, timing and control, whilst it aids goalkeepers in working on their reflexes, handling and shot-stopping. In a team format the M-Station comes into its own; the training tool is typically used to help design new attacking plays and game like situations. 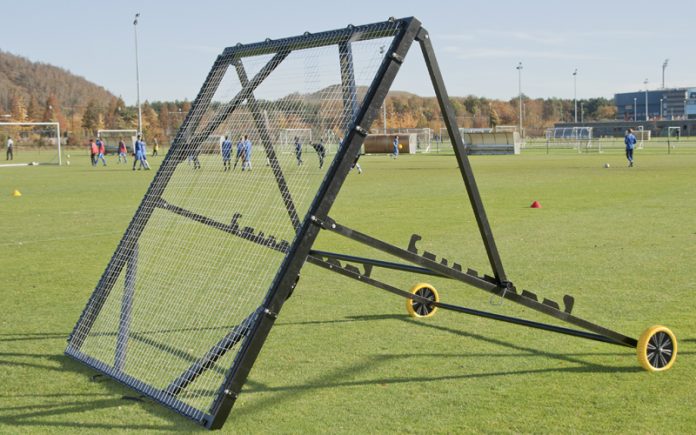 Endorsed by the Arsenal Youth Academy

The M-Station has now become an important training tool for teams such as Arsenal and AC Milan, who deploy the aid in their youth ranks. English players have been acussed of not having the same technical ability as their European neighbours, however Arsenal youth coaches Carl Laraman and Lee Smelt feel the M-Station can help the stars of tomorrow hone their game.

So there you have it, a leading piece of training software designed in Denmark but fast becoming popular throughout Europe, the M-Station is a must for all budding professional footballers. Used individually or collectively, this Munin Sports tool is used on a daily basis and recommended by the best.