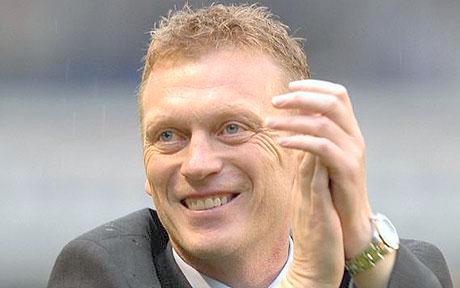 Everton manager David Moyes is just one month away from completing his 11th anniversary at the Merseyside club but wants to wait until the end of the season before resolving his future.

The 49-year-old Scot has not yet decided that whether to sign an extension to his Goodison Park contract and is increasingly linked with a move to Chelsea.

Since joining Everton in January 2003, Moyes has done an excellent job in carrying the club forward despite being forced to work on a shoe-string budget. Under his leadership, Everton have always punched above their weights and this season they have a good chance of finishing in top four.

The lack of transfer budget available to him is making his job harder day by day and may be for the first time he is getting frustrated with such things. He has refused to comment on anything about his future at the moment and will only decide after the end of the season. He said as quoted in the press:

“I’ll give as much as I can, but I’ve said – and I’ve spoken with the chairman – that I want to see how the team do,”

Moyes is equally concerned with Everton’s chances of qualifying for the Champions League places. The Toffees are currently sitting in sixth place, six points adrift of fourth placed Tottenham.

The immediate focus however is elsewhere as Everton will shift their attentions to the FA Cup fifth-round tie against League One side Oldham who last month produced a stunning 3-2 victory over Liverpool at Boundary Park.

Oldham are facing a relegation scare, sitting in the bottom four but last weekend’s 3-1 triumph at home with MK Dons have lifted the spirit under new manager Tony Philliskirk who stepping in as caretaker after Paul Dickov resigned following the club’s 3-1 defeat at Walsall a fortnight ago.