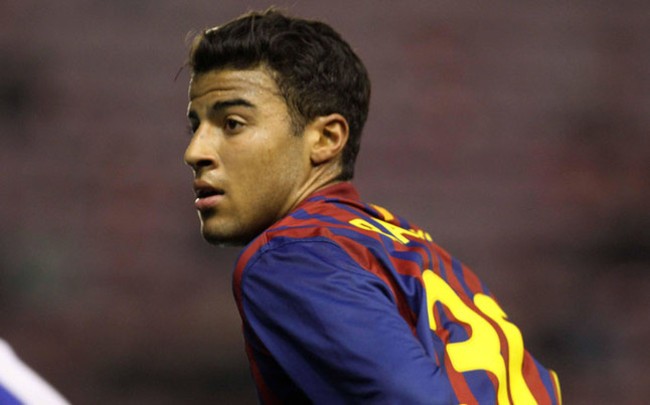 According to reports from Spain, Manchester United are one of those interested clubs that are looking to sign Thiago’s brother Rafa Alcantara in the summer.

The Red Devils manager David Moyes will be handed a transfer war-chest as he will be asked to build the squad according to his own taste. Central midfield is one of the areas where Moyes would be targeting to invest heavily and are linked with several profile international players in the past few months.

Mundo Deportivo now claims that Manchester United are keeping a close eye on Rafinha, who has been one of the star midfielder in the La Liga this season.

The Barcelona prodigy has been has been excellent on loan at Celta Vigo this season and his key contribution this season has lifted them away from the relegation zone.

Mundo Deportivo now claims that four English clubs – Manchester United, Manchester City, Arsenal and Liverpool – are watching him closely with both the Manchester clubs are keen to sign him.

The 21-year-old has a release clause of €30m and both the Manchester based clubs are willing to pay that amount.