Manchester United manager David Moyes will be handed a hefty transfer kitty in the summer to sculpt the squad according to his own taste. Despite the poor show in the Premier League, the Red Devil fans are highly supportive of their manager and understand that it is a long project, where the Scot deserves time and support. 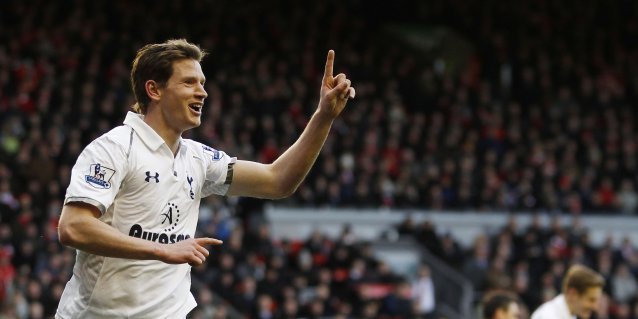 Central defence is one of the key areas where heavy investment is required. Skipper Nemanja Vidic has already announced that he will leave the club at the end of the season, while the future of Rio Ferdinand probably also lies away from Old Trafford.

Manchester United have had been linked with several top defenders in the past one year like Porto’s Eliaquim Mangala and Benfica’s Ezequiel Garay, and now the Daily Mail suggests that United are also interested in Tottenham Hotspur’s Belgian defender Jan Vertonghen.

The 26-year-old joined Spurs in 2012 from Ajax and quickly became one of the key members for the North London side. However, he has voiced frustrations early this season, when he was forced to play the left-back role and recently hinted that he might leave the club, should Spurs fail to qualify for the Champions League spot.

“What I want is to be playing in the Champions League with Tottenham, so I hope we get in this year,” he said as quoted by Sky Sports.

“Do I have a decision to make if we don’t? I can’t say anything about that. Let’s see after the end of the season, after the World Cup.”

There are high chances that Manchester United might not finish in top four this season. In that case, they won’t be able to lure the Belgian with a Champions League offer though the prospect of playing for the one of the best clubs in the world is too tempting to reject outright.