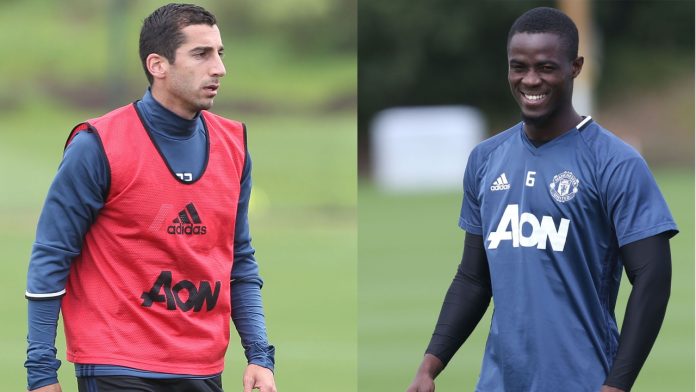 The Portuguese tactician was in charge of the Spanish capital club when the centre-back joined the 11 time European champions in 2011, which is one year after Mourinho took charge at Madrid.

He left the La Liga giants to re-join Chelsea in 2013 and was sacked from his post as the Blues manager last December. Following his exit from Stamford Bridge, the former Inter Milan boss took charge at Old Trafford, where he is preparing for his first season with the Red Devils.

“I will give him everything to try to make him better and better and better like I did previously with other very young central defenders I had in my hands, like for example Varane,” Mourinho said, as quoted by the Manchester Evening News.

“I will try to make him the best I can but the reality is that he showed all the potential that we saw when we decided to buy him.”

“The way our fans told him they like it when I changed him is enough. Of course, he’s is a very young boy coming from a completely different environment but you could see what he is in this moment.”

United registered a 2-0 win in their first pre-season fixture over Wigan Athletic. Bailly started in Mourinho’s first match as the Red Devils manager and the Ivory Coast international was one of the few players to play more than 45 minutes. The two-time Champions League winning manager has explained why centre-back also featured in the second half.

“It is the first time he wears a heavy shirt like the United shirt is,” United manager stressed.

“He can’t speak English, he just communicates with the ones that are French-spoken or Spanish so for him step by step that’s the reason why I will give him more than 45 minutes.

“He’s one of the players who I want to give 65/70 [minutes] because more than others [he] needs to play, needs to feel it and needs to start communicating.”