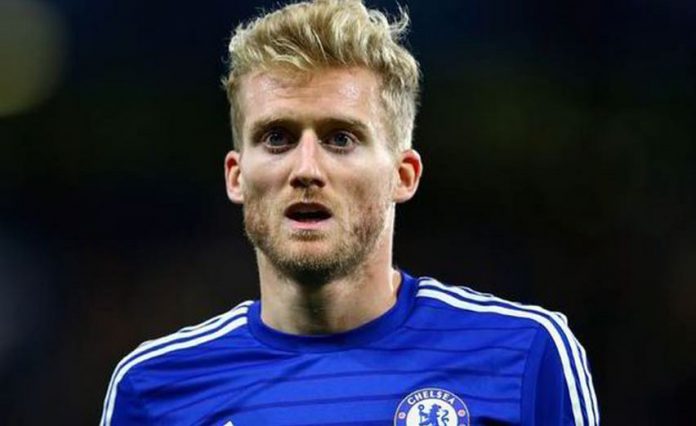 It’s not the worst message to get, but a text from your ex-manager telling you that you’ve won a Premier League medal is probably the weirdest way to find out!

Former Chelsea player Andre Schurrle has revealed that Blues manager Jose Mourinho sent him a text telling him that he had a winner’s medal waiting for him and that he would love it if the player could attend the team’s last game of the season.

In an interview with BBC World Services World Football programme, Schurrle admitted he didn’t even expect to get a medal:

“I didn’t know that I’d get a medal when I didn’t play most of the second half of the season.”

But, having made 14 appearances for Chelsea at the start of the season, 4 more than the required number to qualify for a winner’s medal, Schurrle received the news that he had won one from Mourinho by text:

“Jose Mourinho sent me a text to say that I’d get a medal and he asked me to come to the last game. That was very nice for me. I’m really happy for the boys. They played a very good second half of the season so of course, for me, it’s good to get a medal but the boys did the work. …”

Although Wolfsburg are second in the Bundesliga, they are eleven points behind Bayern Munich with only two games to, meaning Schurrle won’t be getting a medal with them, so it’s nice he has something to celebrate come the end of the season!