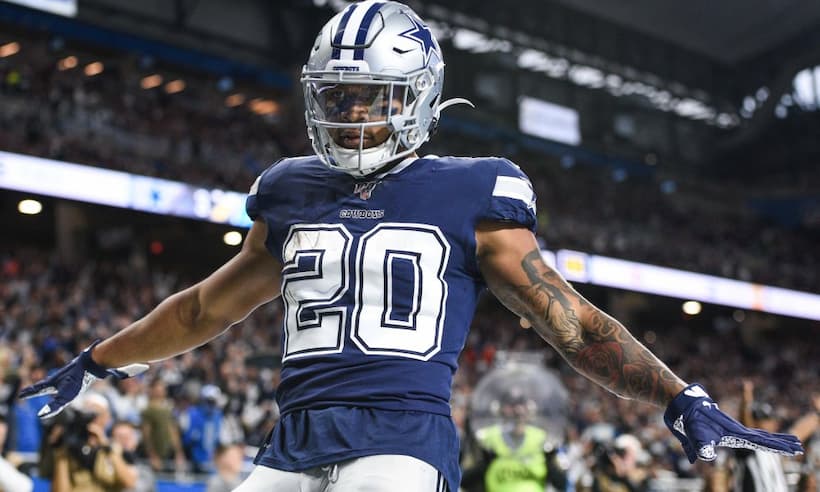 NFL fans can claim a $1,000 deposit bonus signing up to BetOnline to wager on MNF tonight!

After coming so close to beating Tom Brady and the Super Bowl-winning Bucs in Week-1, the Dallas Cowboys defeated the L.A. Chargers in Week-2. Now, they get set to welcome old-enemies the Philadelphia Eagles to the AT&T in what is likely to be a hard-hitting and pivotal game in the NFC East

The Eagles’ offense struggled up against the 49ers last week. QB Hurts toiled away through the air and on the ground but his receiving corps struggled to gain separation as Phillie lost 17-11.

Fortunately for Eagles fans, the Cowboys don’t boast a defense in the same league as the 49ers. Hurts supporting cast of RB Myles Sanders, rookie WR Devonta Smith, and co. have already shown they are capable of coming to life against a weaker Defense: the Eagles easily beat the Falcons in Week-1, which is why we like Jalen Hurts Over 1.5 passing TDs at +104 on the specials market.

That said, this Cowboys offense that’s led by a fully-recovered Dak Prescott under center, and CeeDee Lamb and Amari Cooper on the flanks is proving to be difficult to stop. Cowboys on the moneyline at -177 is the safest bet.

Bet on Dallas to win at -177 at BetOnline

BetOnline is offering a 50% first-time matched deposit bonus of up to $1,000 to any newcomer that signs up to the sportsbook.

To take advantage of this excellent offer, follow these simple steps:

The Cowboys look like a much better football team this year than they did last year. Dak Prescott is back. The QB was great against the Bucs and, though he did have a less productive afternoon last time out vs the Chargers, the Cowboys still won the game and Prescott deserves credit for that.

The RB partnership of a reinvigorated Ezekiel Elliott and Tony Pollard is also looking strong: the pair went for a combined 180-yards last Sunday and Pollard leads the league in average YPC with 7.7. The defense, aided by the edition of rookie Micah Parsons, is much improved on last season and is playing with real intensity.

For the Eagles, the defense is still playing great football. Though it is just Week-3, Philadelphia is allowing just 11.5 points per game on average. However, the news this week that DE Brandon Graham will miss the rest of the season with a torn Achilles will have come as a bitter blow.

The Eagles also have injury concerns over LT Jordan Mailata who looks set to miss out with a knee injury, as does SS Rodney Mcleod.

For the Cowboys, Amari Cooper is touch and go for tonight’s game: the WR is nursing a rib injury sustained during last week’s win over the Chargers. FB Sewo Olonilua has been added to IR, and, on defense, Carlos Watkins, Keanu Neal, and Donovan Wilson are expected to miss out.

The Eagles’ defense has been exceptional thus far in 2021. But there is no telling just how big of a loss defensive stalwart and captain Brandon Graham for the year could turn out to be.

Up against one of the league’s most exciting offenses (and one that now boasts a run game again), it’s hard to see the Eagles getting this one done away from home without Graham.

Bet on the Cowboys to win at -177 at BetOnline