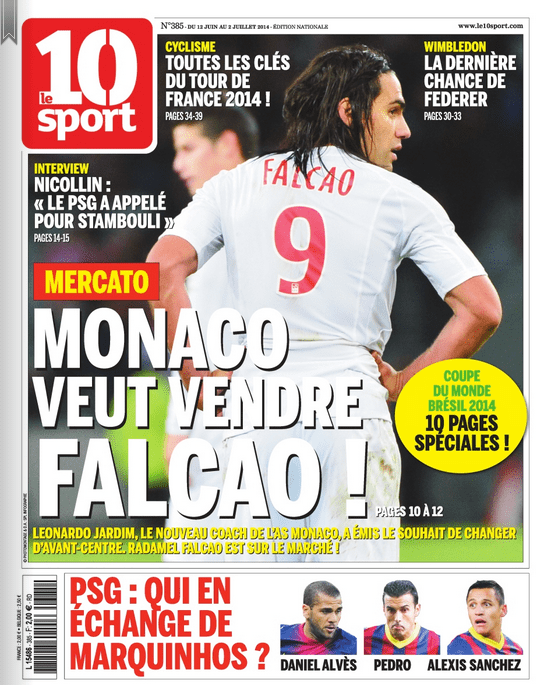 French magazine Le 10 Sport in their latest issue has covered a story on Radamel Falcao where they speculate Monaco could sell the Colombian striker in the summer.

The report basically says new coach of Monaco, Leonardo Jardim is not a keen admirer of Falcao. The former Sporting manager feels Falcao, who has a market value of around €60m, doesn’t fit in his favoured 4-3-3 system.

Falcao has been linked with several Premier League clubs including Chelsea and Arsenal, with Mourinho hinting a move for the Colombian striker back in February. 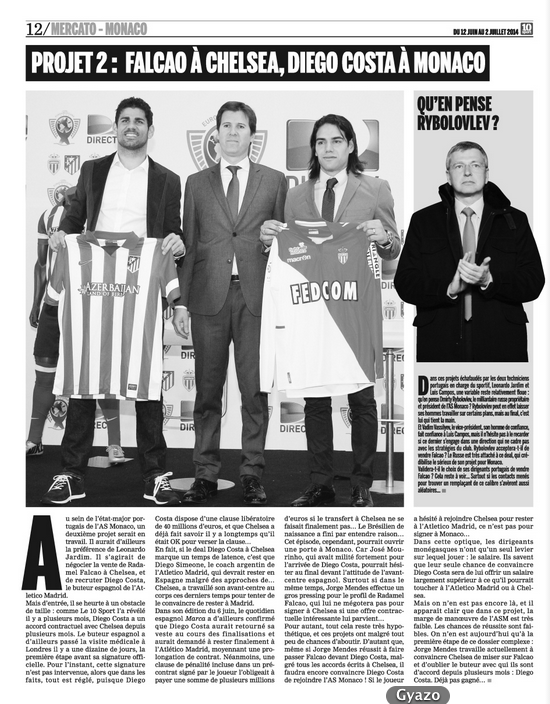 Mourinho said in an interview with the French television station Canal Plus:  “I don’t have Falcao but Falcao doesn’t have a club. Who wants to play in front of 3,000 supporters? If I was one day to go to Monaco it would be the end.”

Likewise Arsenal who are also in need of a world class striker have been strongly linked with Daily Star claiming the Gunners could use the PUMA sponsorship deal to sign Falcao.

Furthermore, Le 10 sports speculates, Falcao could be sold to Real Madrid as a part of cash-plus-player swap deal, where the French club would sign young Alvaro Morata.

As an alternative plan, they would allow Chelsea to sign Falcao, but would take Atletico Madrid striker Diego Costa instead.

Chelsea have already agreed a deal for Costa, who has also completed his medical, and his move to Stamford Bridge is all but a formality. Also, it is highly unlikely that would Arsenal pay such ridiculous money for a 28-year-old striker.