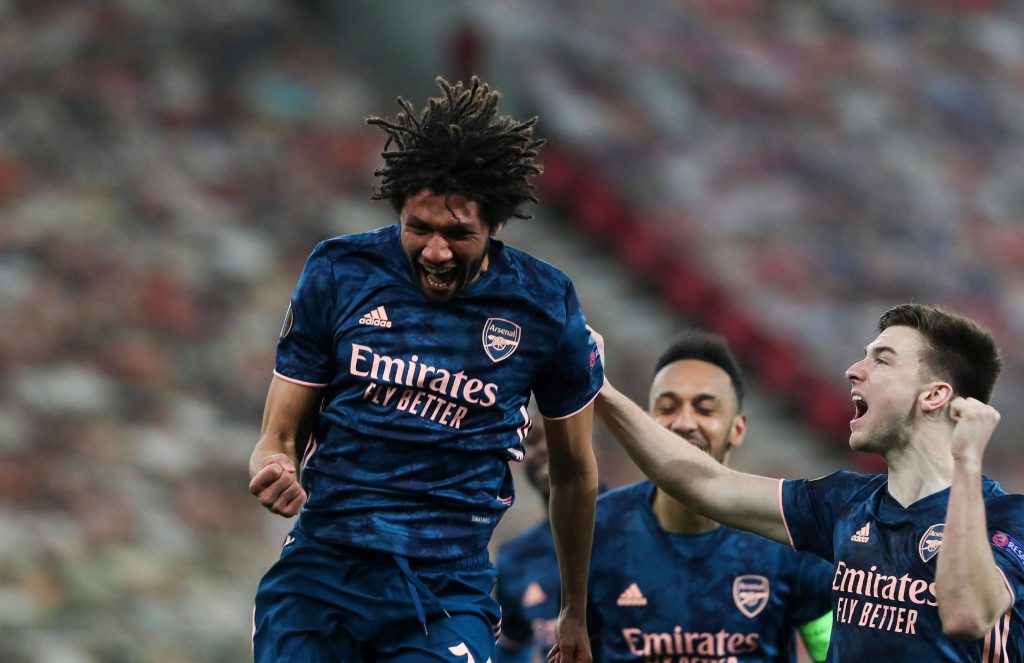 The agent of Arsenal midfielder Mohamed Elneny has said that his client will put pen-to-paper on a new contract with the north London club.

Elneny returned from a season-long loan at Besiktas last summer, and there was speculation that his future could lie away from the Gunners.

However, he was instead reintegrated into the first-team plans by manager Mikel Arteta, and he has nearly played 2,000 minutes across 31 appearances.

His current deal with the Gunners expires at the end of next season, but Elneny’s agent Alan Nazmy has clarified that the Egyptian will prolong his stay.

Elneny has been linked with a return to Turkey with Galatasaray in the past, but Nazmy emphasised that he has the trust of the Gunners head coach.

He told the Egyptian press via The Sun: “Elneny will renew his contract with Arsenal. He won’t leave to Galatasaray or Turkey.”

“Elneny has never thought about leaving. He is happy with Arsenal, and Arteta trusts him.”

Elneny has started only 12 Premier League games this term, but he has produced some quality performances – including one at Manchester United, where the club won 1-0.

He has also chipped in with two goals. His stunning long-range strike at Olympiacos in the Europa League last 16 gave the Gunners a handy advantage for the home leg.

Dani Ceballos may return to Real Madrid this summer after a mixed second season on loan, while Lucas Torreira and Matteo Guendouzi could be sold when they return this summer.

There may be at least one summer signing to provide competition to Granit Xhaka and Thomas Partey for a starting spot, but Elneny is still a quality option as a back-up.

He does not have a big reputation like his fellow teammates, but he has a tireless work rate which is a key attribute Arteta tends to favour in his players.