Although there are two teams (San Jose and New York) that have only played two matches, this will be the first review in which I publish the Major League Soccer table, and this season there are some surprises early on. In fact, what I predicted to be a weekend of matches that are nothing special turned out to be a very exciting weekend of big teams losing to supposedly weaker opposition yet again. Welcome to the MLS.

The first match of the weekend saw Chicago Fire defeat San Jose Earthquakes in what was the only predictable result of the next two days. This was San Jose’s first home match since they became a team again, and had a crowd of 20,000 on hand. Without a couple of saves from Jon Busch and loads of missed opportunities (including one by rookie Shea Salinas from three yards out), this could have been San Jose’s first point of their comeback season. 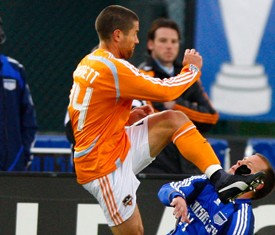 A questionable penalty and a Francisco Mendoza sending off secured a 4-3 victory for Columbus Crew over Chivas USA. However, Chivas made it very interesting, recovering from 3-1 down to equalize, but a mistake by goalkeeper Brad Guzan on an easily savable shot cost Chivas the points in this one.

Kansas City Wizards, arguably the strongest team this season so far, and Houston Dynamo, drew 0-0 in Kansas. Houston possessed the ball for most of the match and held the Wizards to zero shots on target in the second half but couldn’t capitalize on any of their own opportunities. Kansas City will be disappointed with a draw in a match that would have kept them ahead of Chicago in the Eastern Conference standings had they gotten all three points.

There are two results this week that stand out above the rest as being unexpected. First, Réal Salt Lake defeated DC United at home, 4-0. DC is perhaps feeling the strain of their demanding pre-season schedule, with the Champions Cup matches and MLS adding up to five matches in just over two weeks for United. RSL made them pay for resting some regulars on Saturday. Kyle Beckerman led the Utahns with two goals, Fabian Espindola and Robbie Findlay added one each, and Dema Kovalenko had two assists in Salt Lake’s dismantling of DC.

The other unexpected result, although it could have probably been predicted given LA’s poor start, was second-year Toronto FC defeating David Beckham and company by a 3-2 score at the Home Depot Center. In classic Landon Donovan style, he managed to make a mess of three one-on-ones with the goalkeeper, Greg Sutton saving two and Donovan missing a wide open goal on the third. Donovan did manage to get on the scoresheet after Danny Dichio made it 1-0 for Toronto, but only from an eighteen yard shot. Donovan would score again, using his favorite goalscoring method (the penalty kick) to equalize again for LA, 2-2. Jeff Cunningham added the final blow for Toronto.

We are only three (or two or four, depending on your team) matches into the new season, but for Los Angeles Galaxy fans, it’s starting to look terribly familiar again. A congested fixture list (this time in the pre-season instead of the middle of the season) looks to have LA on the ropes again. Beckham-mania in the United States has brought more attention to the game, but for his club, the results are getting worse and worse. 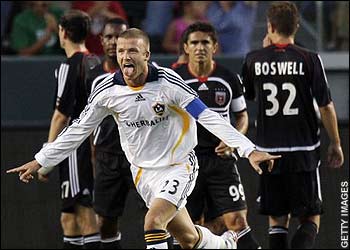 It doesn’t get any easier for the Galaxy either. Their next two matches are both on the road against top teams in the league, first in Houston and then across town against Chivas. If they don’t get a result from either of these matches, the early season predictions of Los Angeles winning the MLS Cup and David Beckham finally making an impact on the league will go down the toilet, and LA will fight to make the playoffs once again.

On the flip side, two normal cellar dwellers are looking a lot better this year. First, Réal Salt Lake, which are firmly in the middle of the table in the West (but remember, it is early), who played Chicago to a very tough draw in the first match and just defeated predicted title contenders DC United very handily. Also, despite being rooted to the bottom in the East again, Toronto FC are looking much brighter than last season. However, it is much too early to predict their fate. Last season, they started brightly enough but ended up going on an 824 minute scoreless streak, breaking an MLS record and landing firmly in the basement of the MLS table.

These two teams play each other north of the border this weekend in what should be an interesting match. Los Angeles travel to Houston, and both of these teams desperately need a win to get their seasons on track. Chicago plays Kansas City, and the winner of that match will go top of the table in both the Eastern Conference and the league. Colorado, the early table-toppers in the West, will look to extend their lead over FC Dallas (who are in LA to play Chivas) when they play San Jose at home. 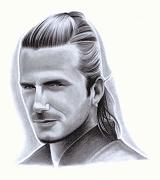 Have a look at that table! The unpredictability of the MLS is coming true once again. It’s still very early, especially considering the fact that the top three teams from each conference qualify for the playoffs, along with two wildcard teams from either conference.

Keep watching; this table can change just as quickly as David Beckham’s hairstyle.