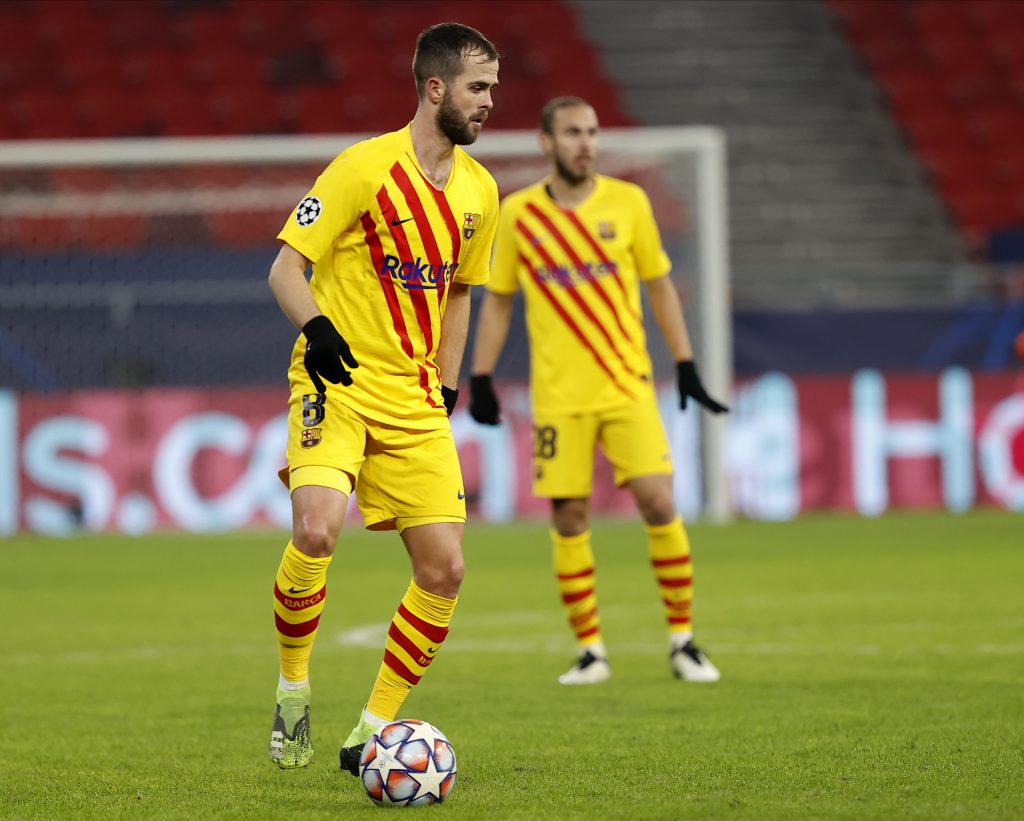 Bosnian midfielder Miralem Pjanic has spoken out about his game time at Barcelona, admitting that he is unhappy with the situation.

Pjanic arrived at the Camp Nou during the last transfer window from Juventus, in a move which saw Brazilian midfielder Arthur move in the opposite direction. He has made just one start in La Liga so far this season, although he has been in the starting XI for all five of Barcelona’s Champions League games.

La Blaugrana play their sixth and final Champions League group stage game on Tuesday – against Pjanic’s former club, no less. If the Catalan giants can avoid defeat by two or more goals, then they will finish top of their group.

Ahead of his reunion with his former teammates, Pjanic spoke to La Gazzetta Dello Sport about his frustration at his lack of minutes at Barcelona.

Speaking to the Italian outlet (via Goal), the 30-year-old said: “Should I play more? Yes, and that’s what I want. I’m not satisfied and I can’t be, in my career I’ve never accepted the idea of ​​not playing and I don’t even do it now.”

He continued to describe his confusion at the whole situation, claiming that he doesn’t know why he isn’t playing more.

“Honestly, I don’t even understand the reason for this situation. It’s clear that I want to play a lot more. I don’t know what more than that I could do. I’m training, I’m ready.”

Among the fans, the general consensus on Pjanic appears to be somewhat divided. While most of them can see his undeniable quality, his age is an issue. Coupled with the fact that he is keeping La Masia graduates Riqui Puig and Carles Alena further down the pecking order, it puts Pjanic in an awkward spot with the Barcelona faithful.

The former Roma man ended his interview with some kind words about his time in Serie A.

“My nine years in Italy were very beautiful, and honestly I miss them. I had a great time at Roma and Juve, I enjoyed important seasons. Now I have this new challenge in the biggest club in the world and I have to get back into the game.”