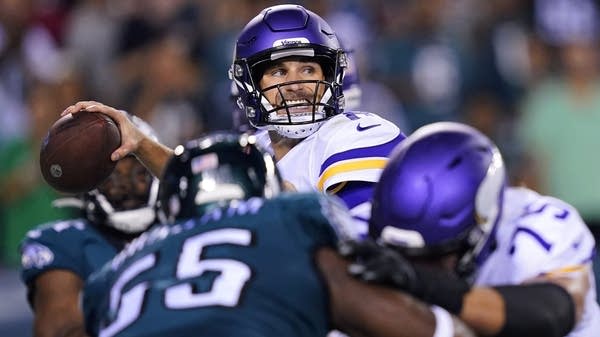 We have an NFC Conference battle on Sunday morning when the Minnesota Vikings meet the New Orleans Saints in London, England. We have three plays you can use towards a Single Game Parlay at Betonline and our three picks with a $1000 free bet would net you $6247.93.

Join BetOnline And Back Our Vikings-Saints Same Game Parlay

Join BetOnline And Back Our Vikings-Saints Same Game Parlay

This is one of the London games and the Vikings are 2.5 point favorites in this neutral site Saints home game. Minnesota is 2-1 on the season and meets a 1-2 New Orleans Saints side. Game time is 9:30 am ET.

Take the Vikings. Both teams are on the low scoring side of the ledger, but each team has a number of offensive weapons, and you’d think with Justin Jefferson and Alvin Kamara as well as other high-calibur offensive studs, they’d score more points. That being said, the QBs aren’t exactly the definition of leadership or consistency, and without that these offenses will be what they are.

Look for Minnesota to come out firing against a New Orleans passing defense allowing 197 yards per game against bad offenses. The Saints offense is okay, but they can’t outscore the Vikings and the Minnesota defense.

Minnesota is the better side and should win this game.

Jefferson scored two TD’s in their season opening and hasn’t found the end zone since. Last week he only saw six targets and if the Vikings are to win this game than their playmaker needs more targets to make more plays. New Orleans has injury issues its dealing with in its secondary, and the Vikings and Jefferson should outscore the Saints.

The Saints have a number of offensive players on their injury report, but when healthy they can put points up on the board. The Vikings passing defense is anything but stout, and allowing 290 passing yards to Jameis Winston and his weapons could mean a shootout in London. We think that will indeed be the case and going with the over.