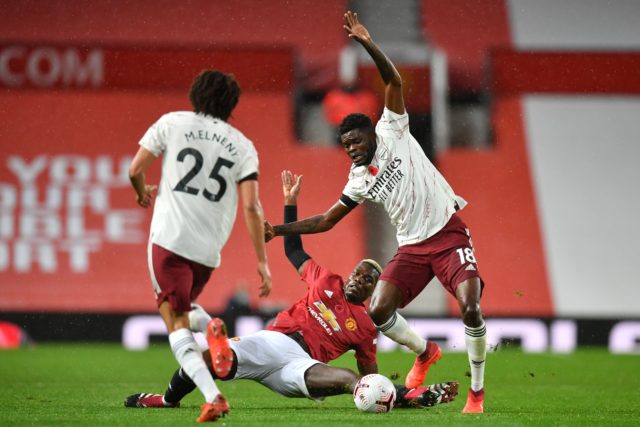 Arsenal boss Mikel Arteta has revealed that summer signing Thomas Partey is doing ‘really good’ in training and that he could feature against Newcastle United in the FA Cup clash on Saturday.

The Gunners paid £45 million to sign Partey from Atletico Madrid in the summer transfer window, but the club is yet to see his best form since his arrival.

Partey made only five appearances in the Premier League so far, including a top-class display against Manchester United at Old Trafford.

He has struggled with injuries and hasn’t played since Arsenal’s 2-0 defeat against Tottenham Hotspur in December. The midfielder is stepping up his recovery and could feature against the Magpies.

Arteta seems impressed with his performance in training and has suggested that it won’t be long before he makes a comeback to the team.

“Well, we’ve got an extra two training sessions – we will assess after that whether he’s completely fully ready to start or participate against Newcastle or if we’re gonna leave it another few days for the Palace game,” said Arteta as quoted by Football London.

“But he’s been training really good. He’s comfortable. He’s not aware of the injury right now. He’s done more than what he did after the injury when he played against Spurs. So he’s in a good space, a good mood and you can see the player he is when he’s training.”

Partey’s return will be a massive boost for the Gunners. Arteta will hope that Partey can play consistently from now till the end of the season without getting injured.

A few weeks back, it looked all bleak and gloom for Arsenal as they were going through a wretched run of form. Arteta’s position was under threat, while Arsenal were struggling at the bottom half of the table.

However, they have now picked up three wins in a row and are growing in confidence. The likes of Mohamed Elneny and Granit Xhaka have done really well for the Gunners, and they will get stronger when Partey returns to the side.