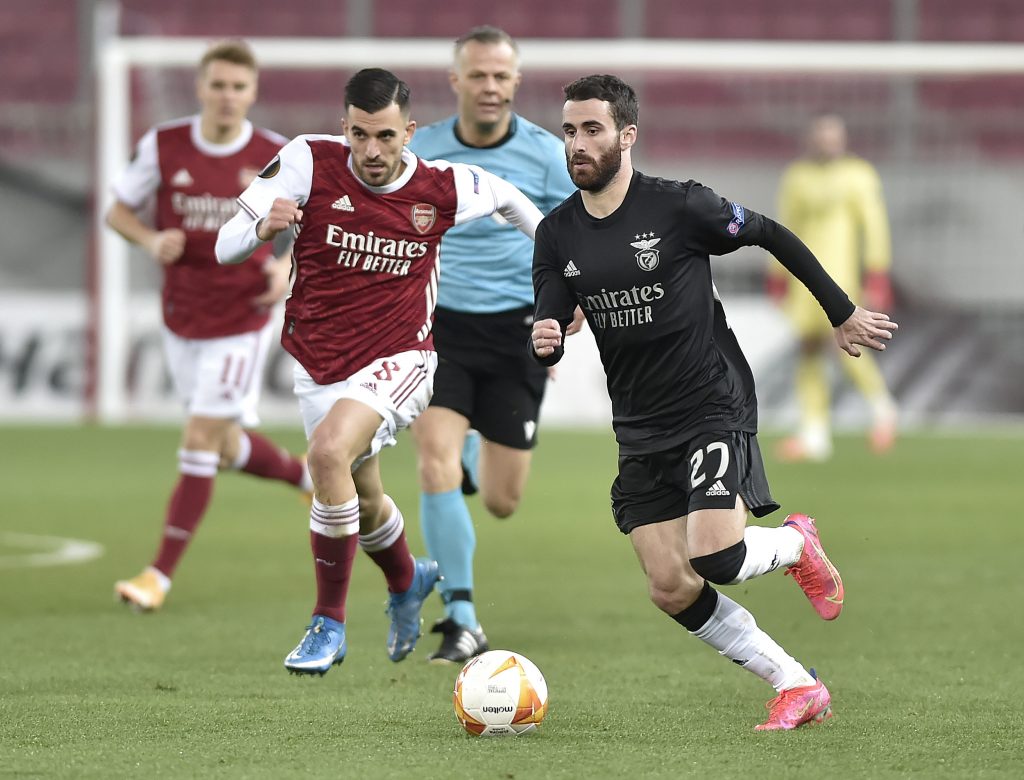 Arsenal manager Mikel Arteta was particularly relieved for midfielder Dani Ceballos following the club’s 3-2 win over Benfica in the second leg of the Europa League last 32 on Thursday.

The Gunners made the trip to Piraeus with a 1-1 aggregate score and went ahead on the night through Pierre-Emerick Aubameyang in the 21st minute.

However, Benfica pulled level right before the break with a sublime free-kick from Diogo Goncalves before Rafa Silva gave them a surprise lead at the hour mark.

Both goals were directly scored after errors from Ceballos. The Spaniard’s poor attempt at a tackle gifted Benfica the chance to score from a set-piece in the 41st minute.

He then mistimed an attempted header back to Bernd Leno which gifted Silva with an easy finish as he rounded the goalkeeper before tapping home.

Ceballos was benched after the incident. The Gunners needed two goals to qualify for the last 16 after Benfica secured the away-goal advantage.

Kieran Tierney and Aubameyang sealed the dramatic comeback with the latter finding the back of the net with three minutes to go.

Following the game, Arteta was relieved for Ceballos, who started the game brightly but had a couple of horrendous moments which nearly cost the Gunners.

Arteta told Arsenal.com: “I’m especially happy for Dani because he’s a player that lives his professional life as the most important thing in his life.”

“I know that if we had lost that tie, for him it would have meant the world.

“So that’s when you need somebody like Auba to come and step in and score the goals and make him much happier than he would have been.”

Despite the win, Ceballos received criticism from some of the club’s supporters and that is quite justified, given the Gunners nearly suffered another round of 32 exit.

It remains to be seen how Arteta handles the Spaniard hereafter. Thomas Partey is back after a hamstring injury and he could partner Granit Xhaka at Leicester City this weekend.

Ceballos is in his second season on loan with the club from Real Madrid and he needs much better displays to improve his prospects of a permanent deal this summer.

In other news, Arsenal fans were delighted with this forward after match-winning display vs Benfica.