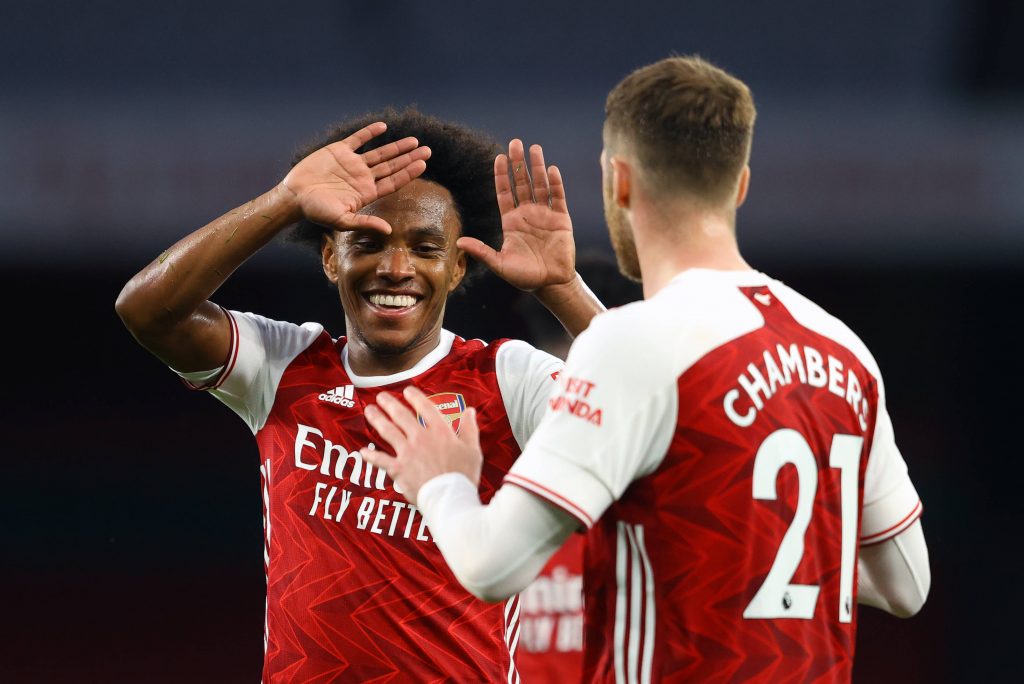 Arsenal manager Mikel Arteta was pleased with Willian’s performance during the 3-1 Premier League win over West Bromwich Albion on Sunday.

The Gunners recently bowed out of the Europa League at the semi-final stage, which ended their hopes of qualifying for the Champions League.

Arteta saw a good response from his side against the Baggies with stellar first-half goals from Emile Smith Rowe and Nicolas Pepe.

The Midlands outfit came back into the game with a wonderful solo strike from Matheus Pereira in the 67th minute after the Gunners defence backed off.

The Baggies needed at least a point to avoid being relegated, but their chances of a comeback were shattered by Willian in the 90th minute.

The Brazil international stepped up to take a free-kick won by himself. He showed his quality by finding the top left corner of the net.

It was his maiden Gunners goal after 37 appearances. Earlier in the game, he also created the chance, which led to Smith Rowe’s goal.

Speaking after the victory, Arteta acknowledged that the club have not got the best out of Willian this term, and the game showed what he is capable of.

He told football.london: “Somehow this season, we haven’t managed to get the best out of him. He had spells and highlights of things he can do, and today was a great example of that.”

The 32-year-old joined the Gunners with high expectations, but his debut season has not gone as planned with just one goal and seven assists.

He has made some quality goal contributions, but they have come in selected matches rather than over a consistent run of games.

The Gunners face Chelsea in the Premier League in midweek. Willian could drop to the bench, given Arteta rested several of the regulars yesterday.

Martin Odegaard, Pierre-Emerick Aubameyang and Alexandre Lacazette could feature in the starting line-up in the London derby.

The club still have an outside chance of securing the seventh spot on the table, which would see them qualify for the inaugural Europa Conference League.

They are four points adrift of north London rivals Tottenham Hotspur, who are currently occupying the final European place.