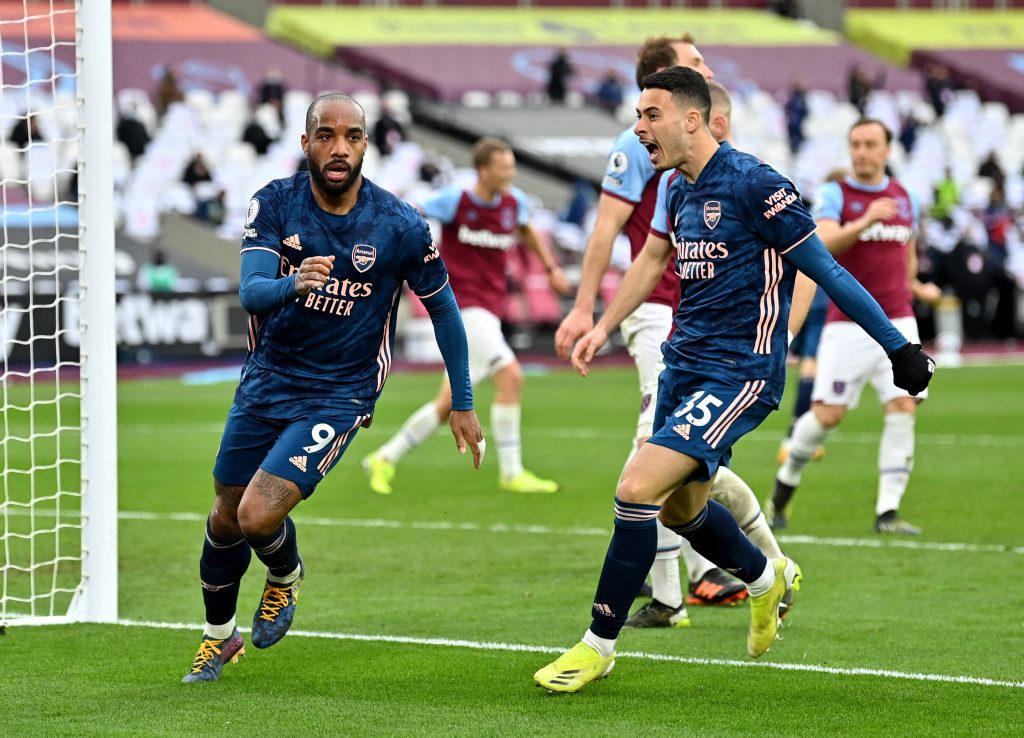 Arsenal manager Mikel Arteta has reacted to the recent speculation regarding the future of Alexandre Lacazette.

The striker is currently in his fourth season with the Gunners and has been a quality signing with 61 goals and 28 assists from 161 appearances.

He was in-and-out of the starting line-up during the first half of the season but has established himself as a regular in recent months.

Before the international break, Lacazette was in fine form with three goals in four league outings, but speculation has continued over his future.

His current contract expires in June next year, and it has been reported that Atletico Madrid, Sevilla and Roma are keeping tabs on him.

When asked about the transfer rumours, Arteta said that he is always happy when his players are linked and speculated about in the media.

He added that it is a positive sign that they are doing well and emphasised that Lacazette’s future will be addressed in the summer.

He told Arsenal.com: “I am always happy when people talk about our players and speculate on that.”

“It means they are doing well and getting attention from other clubs. The situation with Laca will get addressed in the summer.

“I will speak to him and just propose a future that we want, and that’s it.

“Now I just want players focused and only focused on performing and getting the best out of them for the team.”

Lacazette has been one of the top-performing players for the Gunners since Boxing Day, registering eight goals and two assists in 14 league appearances.

The Gunners have the opportunity to discuss a new contract, but it is a wise decision to delay the negotiations until the end of the campaign.

The north London side are presently nine points adrift of the top four and may have to win the Europa League to secure a Champions League berth next term.

Lacazette has a good chance of earning a new deal with a pay rise if he can help the club return to the elite competition after five seasons.

Otherwise, the Gunners could be reluctant to meet the contract demands of the 29-year-old, which may pave the way for his summer exit.

Lacazette, who is currently on wages worth £182,000-a-week, has bagged 13 goals alongside three assists in 34 appearances for the Gunners this term.