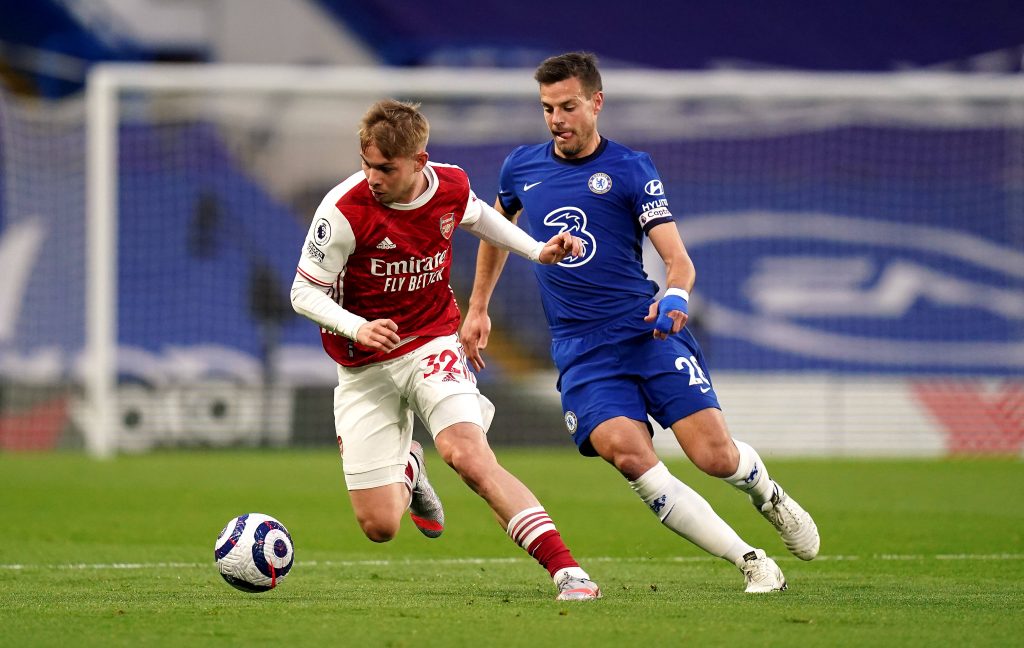 Arsenal manager Mikel Arteta was impressed with Emile Smith Rowe, who bagged the winning goal in the 1-0 Premier League triumph at Chelsea.

The Gunners had a tough game against Thomas Tuchel’s side, but they managed to prevail with the solitary goal scored in the 15th minute.

A poor Jorginho backpass nearly led to an own goal, but Kepa Arrizabalaga, who was out of position, managed to intercept the ball on the line.

Gunners captain Pierre-Emerick Aubameyang was on guard to recover the rebound, and teed up Smith Rowe to tap into an empty net.

The Gunners registered just one more shot on target for rest of the derby, but put up a strong defensive display at Stamford Bridge.

The Blues hit the woodwork twice during the closing stages of the game, but the Gunners held on for a much-needed victory.

Speaking after the game, Arteta said that Smith Rowe was rewarded for his efforts as the high pressing induced the error from Jorginho.

He told Arsenal.com: “Yes, he did it. Pressing really high, and the commitment that those players put in to try to be as high as possible and try to create difficulties, he got rewarded.”

Smith Rowe scored his maiden league goal against West Bromwich Albion last weekend, and he has added another to his tally.

The victory saw the north London club win three successive away league matches for the first time since 2013.

It was also their first victory at Stamford Bridge since 2011 while they did the double over the Blues after 17 years.

The Gunners have had a poor season by their standards, but they have been positives with the breakthrough of Smith Rowe.

With two games left, they have an outside chance of qualifying for Europe if they manage to win both of those matches.