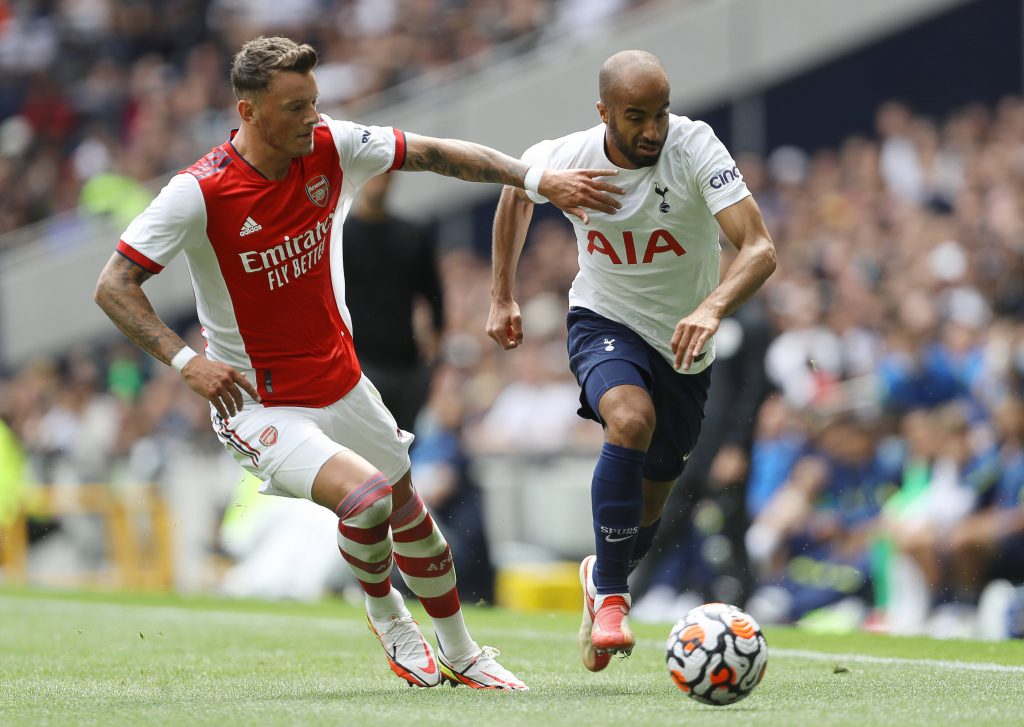 Arsenal manager Mikel Arteta was impressed with Ben White’s display during the club’s 1-0 friendly defeat to Tottenham Hotspur on Sunday.

The Gunners ended their pre-season campaign with a defeat at the Tottenham Hotspur Stadium. Heung-min Son bagged the only goal in the 79th minute.

Speaking after the game, Arteta was asked about White’s performance. He was full of praise for the centre-back, who played just over an hour.

He told Arsenal.com: “Yeah, he was really good. But again, it’s a match where they haven’t played.

“Some of them they’ve [only] trained for four or five days. So you can still see, and we didn’t want to risk many more, but it was a good start.”

White was confident with the ball at his feet, and he made a couple of engaging runs from the defence, drawing fouls around the centre circle.

There were a couple of situations where Sergio Reguilon beat him for pace. White should get sharper with more training and minutes under his belt.

White has started his Gunners career positively, and he looks set to make his debut in the curtain-raiser at Brentford on Friday night.

He is likely to partner Pablo Mari in central defence with Gabriel Magalhaes on the sidelines for another few weeks with an ankle issue.

The pre-season was unimpressive for the Gunners with one win, one draw and three losses. The victory came in a behind-doors friendly against Watford.

They have been misfiring up front, and Arteta will hope that his team can find their scoring boots ahead of the season opener against the Bees.